Glitched lines across UI in bottom part of game screen

Glitched lines across UI in bottom part of game screen

Some users are reporting glitched lines across the lower part of their game screen when playing since updating to the 1.58/November/Discover University patch. The screen looks like this: 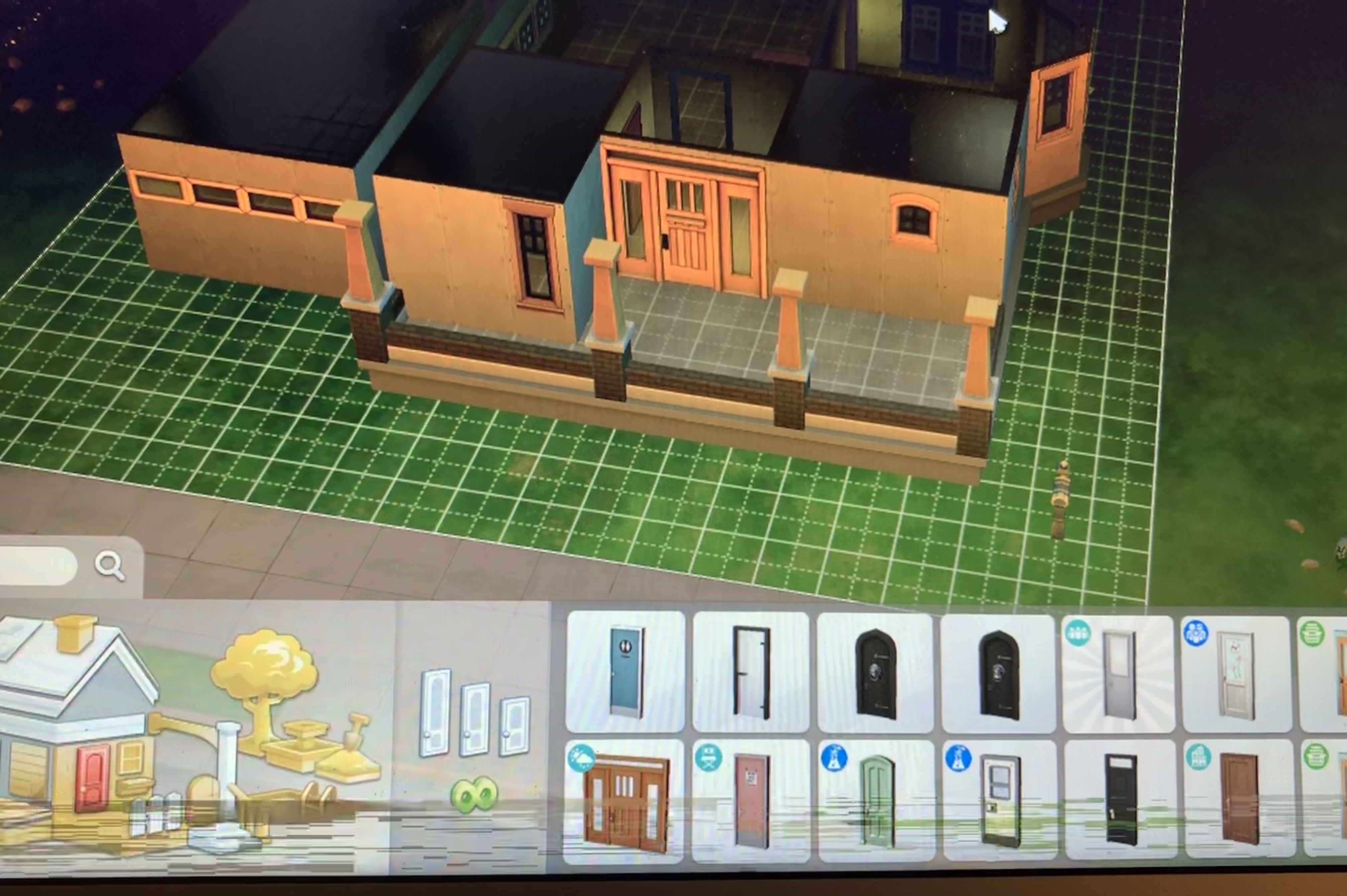 (thanks to mollydod101 for posting the image)

This issue is different to the other screen glitching issue where the whole screen has lines across it.

If you are experiencing this it would be really helpful to please post the specs of your Mac. Click on the Apple in the top menu bar then About This Mac and post the following information in this thread:

All of that information is really important, not just some of it. Don't post your serial number!

For now there is no definite workaround. Some users have reported that disabling Edge Smoothing in the Game Options > Graphics options helps so definitely worth a try.

So, as usual, I updated my game (Nov 13 update) after opening Origin and getting that update notification.

Before the update, I had edge scrolling set on "low" and had no problem whatsoever. I play for hours without any issues. I've had TS4 on this laptop for over two years now, and I've never had this problem before.

Anyway, immediately after the update, I ran the game as  usual and the moment I loaded a household and moved around, the lower bit of my screen started flickering and had that awful black stripey glitchy thing on screen. It scared the crap out of me, so I checked by opening another app, and switching to my desktop, and the screen was fine. It was the game.

I consulted previous questions here, and one user suggested I lower the edge scrolling. The only option lower than "low" was to turn it off completely. I started the game again, and true enough the glitchy thing was gone. BUT, the graphics look awful. :/

I tried creating a completely new game (new game folder and all, no CC's and mods) but the same thing happens.

I'm playing on a Mid-2015 Macbook Pro (Retina). I know, Macs aren't exactly the best gadgets for playing video games on, but the odd bit is that I never really had an issue with my game until now.

Did the update cause the glitch, or is it something I might have done?

Help out a noob, please?

I’ve just updated my sims 4! As I went to play the game in was glitchy so I tired to repair the game in origin still didn’t work so I tried this 4 times and it still didn’t work. I then watched a video on YouTube about moving the sims 4 file out of the EA file and renaming it. I did this and it ended up deleting my whole game saves I’ve been playing for generations and it all got deleted. However even after doing this my game is still glitching! I’ve tried lowering my game play settings and it fixes the issue however I don’t want to play my game with bad settings. Can anybody help? I have a MacBook Air!

@mollydod101 Moving this over to the mac forum.

What's OS are you using and how is it glitchy ? Coudl you elaborate on that a bit ?

It’s OS Mojave version 10.14.6. In the picture bellow you can see the glitch and it gets worst to higher I have the game play settings!

That's not looking good. MacBook Airs aren't designed for gaming at all so it is probably struggling with the higher requirements of the game. Have you made sure that air can circulate underneath your Mac so it doesn't overheat and burn out the Intel graphics chip?

More info about your Mac would also be helpful, please can you provide more information about your Mac. Instructions on how to do so and what to provide here - http://answers.ea.com/t5/The-Sims-Mac/READ-FIRST-Sims-4-Mac-Help-Guides-and-Troubleshooting/m-p/4612...

For some reason, the new patch made my game really glitchy. Won't even start up, when it does itll get stuck on the loading screen, and if i get into actual game play everything is just low-res and its making me sad. Any help would be appreciated, or I will just wait until they fix it, because my game was running smoothly before this patch yesterday.

Or maybe it might have been the Origin app, because it had an update too

Please can you provide more information about your Mac. Instructions on how to do so and what to provide here - http://answers.ea.com/t5/The-Sims-Mac/READ-FIRST-Sims-4-Mac-Help-Guides-and-Troubleshooting/m-p/4612...

@Bluebellflora I am trying to download the Legacy Edition to see if that is the problem, because EA stopped supporting non-Metal mac systems. Here are my mac details: