Last week was a big one for us, where we talked about what’s coming both in the near term and further down the road in 2019. If you missed any of the announcements then do check out the Transmission, which will bring you up to speed.

The first of that content is coming this week, on August 28th to be exact as it makes up the Roger Roger Update. Here’s what’s on the way.

We’re bringing both the Separatist Dreadnought and Republic Attack Cruiser to Heroes vs Villains. Since the release of Capital Supremacy we’ve seen this addition be requested multiple times and we’re incredibly happy to be adding them to our rotation.

We’re making some changes to the Capital Ship phase of Capital Supremacy.

Once you're breached the enemy ship, you have 5 minutes to destroy it before the action returns to the ground. In order to destroy the ship, you must first capture one of two available Command Posts located on the ship. If you succeed in that, your team will gain an additional 5 minutes and can now open fire on the enemy target.

Any damage caused to the enemy target will be persistent, meaning even if you fail in destroying the target fully, you can pick up right where you left off in subsequent Assault attempts.

Next, we’re changing the Capital Ship phases to be based on a timer. This means that the attacking team will now have a 5-minute window to destroy the generators. Once the time runs out, the battle will return to the planetary phase.

Once you have been defeated in battle you will be presented the Squad Spawn menu as normal. Alongside your Squad members, you will now be presented a list of Command Posts to spawn onto as well.

You will have the ability to spawn onto any Command Posts that your team has currently captured, even if it is being contested.

You can spawn on any Command Posts:

You will not be able to spawn on a Command Post if:

We’re bringing 3 new appearances for the B1 Battle Droids this month. Each of the below appearances will be for all 4 Trooper classes: Assault, Heavy, Officer, and Specialist. 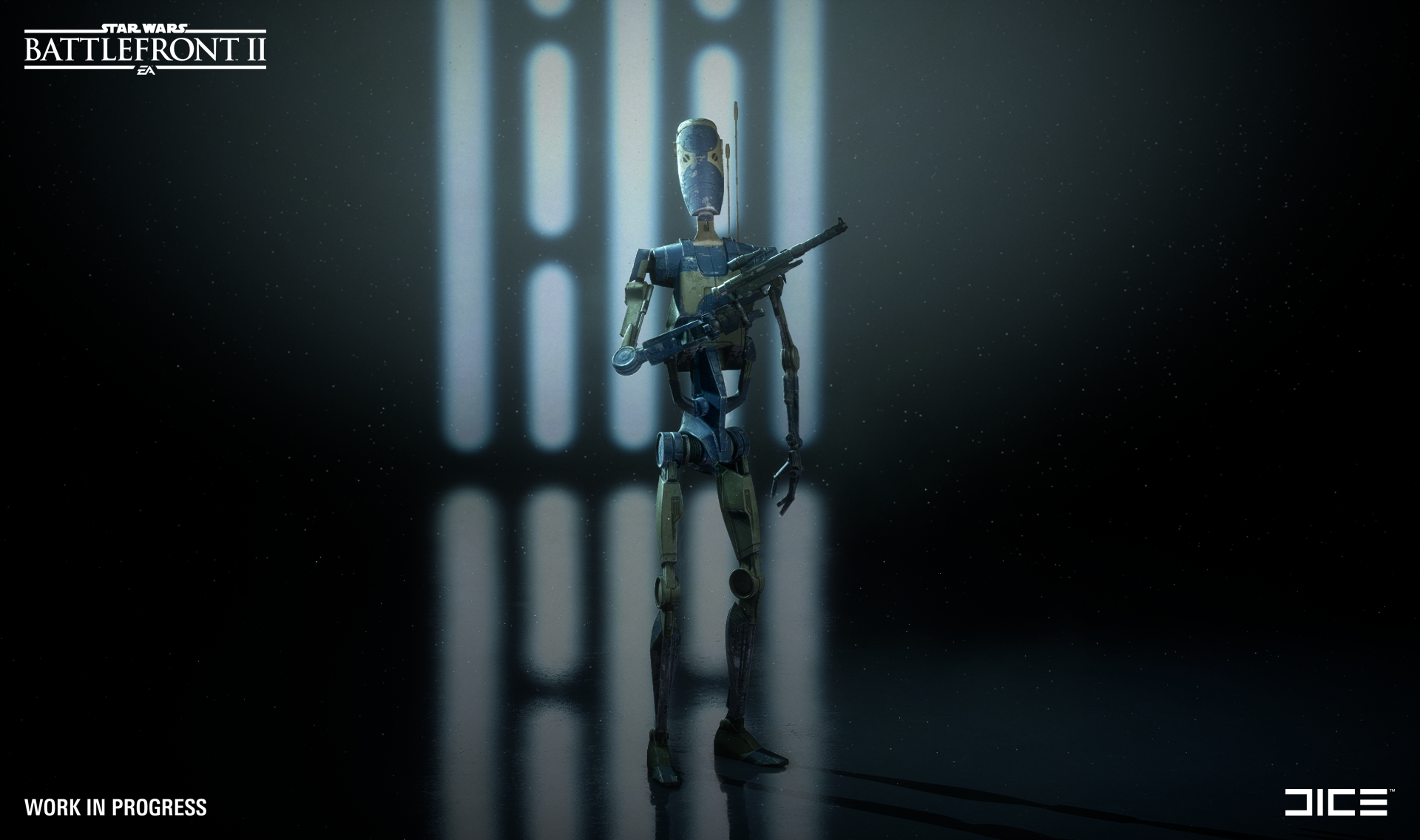 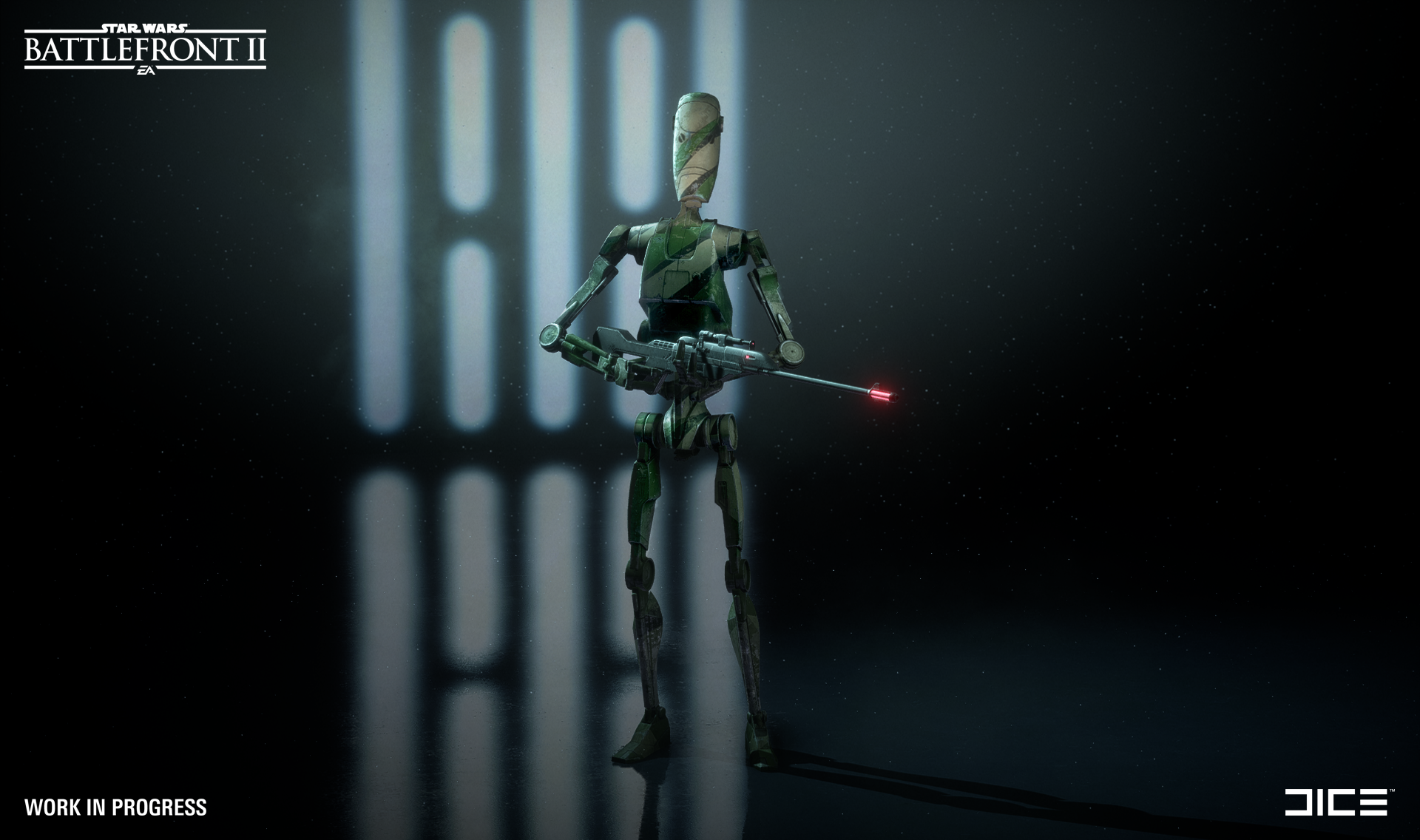 When fighting in jungles and dense forest environments, some tacticians applied camouflage to their detachments of battle droids in order to minimize the chances of detection. 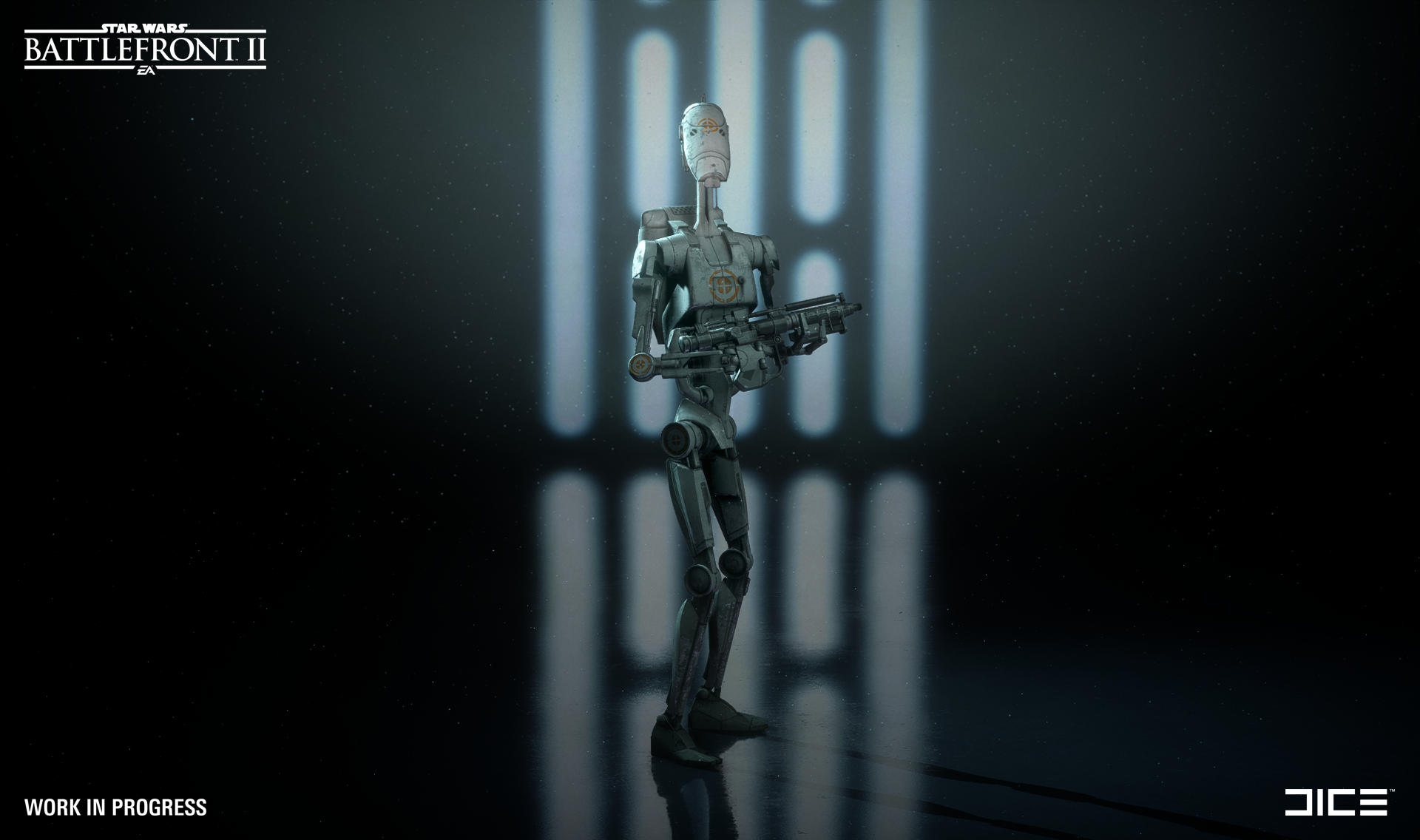 Inside the secret cloning facilities on Kamino, cadets sparred against training droids in simulated battle scenarios.

The Battle Droids will also have the default and Geonosis based appearances. Both of which will be free to everyone and selectable should you so wish.

The Roger, Roger update is scheduled for deployment tomorrow, on August 28th.