Moving forward, what can you expect?

Our goal is to provide you with overview of everything that’s happening during the month, the new content that’s coming, as well as addressing some of your burning questions. Occasionally we may focus on a specific topic and dedicate an entire edition to just that.

We expect the Community Transmission to evolve over time and you, our Community, are going to be at the heart of this evolution. But enough of the introductions, we’ve got a lot to talk about so let’s dive straight in.

Ewok Hunt
For the first time in Star Wars Battlefront II, you will be able to play as Ewoks. Take to the forest moon of Endor in this new game mode, Ewok Hunt.

The ambush begins as the Ewok attacks the unsuspecting stormtroopers, using spears, Wisties, and whatever abilities they can muster to take down the intruders. Each defeated stormtrooper spawns as another Ewok, multiplying until the Empire’s forces have been completely eliminated, and the Ewok celebration can begin. Imperial forces will need all their training to survive until their evacuation arrives. Do so, and they’ll make it off of Endor and claim the win.

You can read more about the Ewok Hunt game mode here. 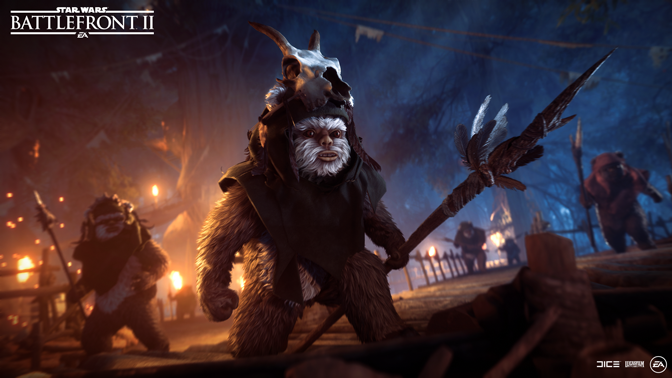 New Appearances
The addition of new appearances are some of the most requested items to date amongst the Battlefront II Community and we’re pleased to confirm that more are on the way, starting this month.

So here’s what’s arriving in this update for heroes:

Trooper Appearances
Heroes aren’t the only ones getting some new Appearances, as Troopers are also going to be receiving some brand-new looks. We know this is something that many of you have been asking for, so we can’t wait to see them in action across the galaxy.

In total there are forty new Trooper Appearances, including new Officer Appearances for both the First Order and The Empire.

Rebels will be receiving Appearances across all Trooper classes, including the Heavy Quarren Rebel and the Twi’lek Specialist.

Heavy Zabrak and a Duros Officer are just two of the appearances that you’ll have available when playing as the Resistance.

Winning a round will now provide you a small bonus to the Credits you earn, making those wins that little bit extra valuable. A great way to earn some additional Credits towards the Appearance you have your eyes set on. 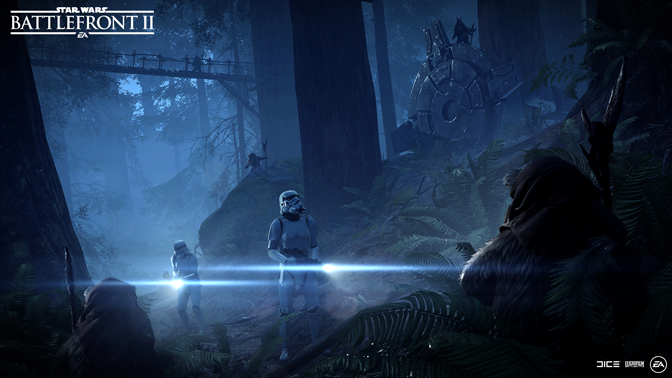 Season Two and Updates
We know that there has a been a lot of discussion within our Community about the release of Season Two and we can confirm that yes, it is coming. As many of you have suspected, all our focus was on the Progression Update, as we felt this was the most important improvement to the game that we needed to make.

As we move forward with Star Wars Battlefront II, there are two types of content update that we will be releasing. The first is in the same style as the Night on Endor Update that we’re releasing on April 18th, and the second is Seasons.

Seasons will focus around a specific theme (such as a new Star Wars film, or an anniversary in the Star Wars Universe) and will usually span multiple months.

In March we launched the Progression Update, April is Night on Endor and moving forward we’re committed to keeping up this cadence of content updates.

We can confirm that Season Two will be coming in May, and you’ll get more details a little closer to the time.

Upcoming Challenges
We’ve got some great Challenges coming up, and fans of Emotes are going to enjoy the two below:

Remember that there’s a new Challenge every day and a bonus one over each weekend. 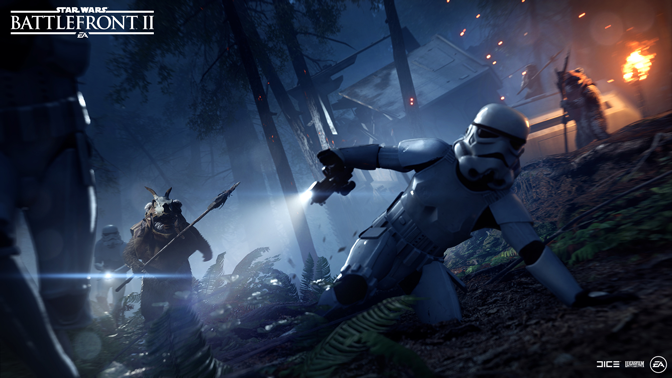 Balancing, Bugs and Tweaks
We’ve heard a lot about the Iden the last couple of weeks and the consensus amongst the Community has been that she was a little overpowered. We agree, and as a result of this we’ve removed the double stun from her Stun Droid. We’ve also increased the stun duration from 0.5 to 0.9 seconds.

The intent was to give players a chance to roll away from the second stun and provide some skill reward. This became confusing and rarely did it play out as we originally intended. What we saw was players being stunned for a total of 2.3 seconds, which usually resulted in defeat.

We’ve also made some tweaks to the core combat system. We have improved the melee combat responsiveness for all melee attacks including things like lightsabers and Phasma’s staff attack. Timing for effects, audio, camera shake, and the application of damage has been aligned to the expected moment of the impact to make the melee combat experience tighter and to reduce the feeling of latency.

You’ll be able to read about all the fixes coming in the next update when the full patch notes go live. Keep your eyes on our forums to be amongst the first to view them.

Your Questions, Answered.
Q) When can we hear more about Season Two?
A) As many of our community have suspected, the Progression update was given our primary focus. Season Two is on the way and we can confirm that you’ll hear more about this in early May.

Q) Levelling Hero Starfighters is very slow, are there any plans to address this?
A) We’re currently looking at a few ways we can address this. It is on our radar.

Q) Are there any plans to replace the in-game holographic effect?
A) Yes there is. You will hear, and more importantly see this in action soon. We’re aiming for the first look at this to go live at the same time as Season Two arrives. As always though, things are subject to change, but this is our current target date.

Q) Spending Skill Points pre-round would be an excellent quality of life addition to the game. Currently it’s frustrating having to back out of a game just to spend them. Any plans?
A) We agree and fully support this. The current goal is to have this implemented at the same time Season Two arrives.

Q) Communication is something that the community has been requesting more of. What are your thoughts now that the Progression Update is out?
A) We appreciate that communication has probably not been at a level that our players have wanted. The Community Transmission is a first step towards improving on that. We will continue to strive to be better and if we falter, we’re sure our community will let us know.

Community Spotlight
Our spotlight this month falls onto VicenteProD, who has been creating some truly remarkable Star Wars Battlefront II screenshots. Here’s a quick selection of our favorites: 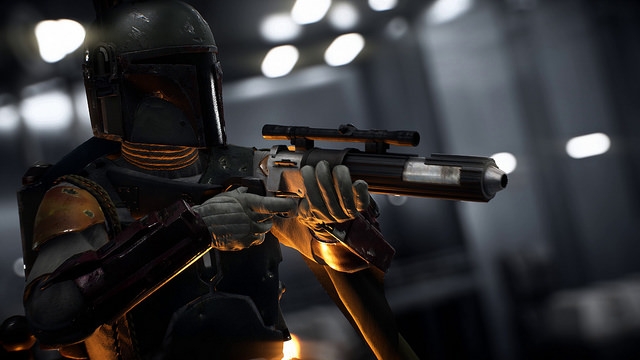 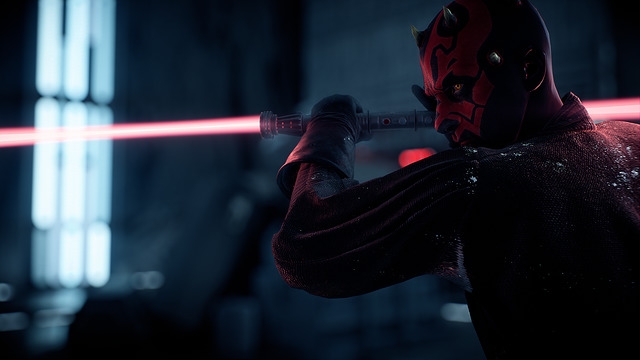 You can find more of his work over on his Flickr page here.

We’ve got more to come.