This month’s update primarily focuses on bug fixes with some minor content drops, but one of those drops is a surprise! 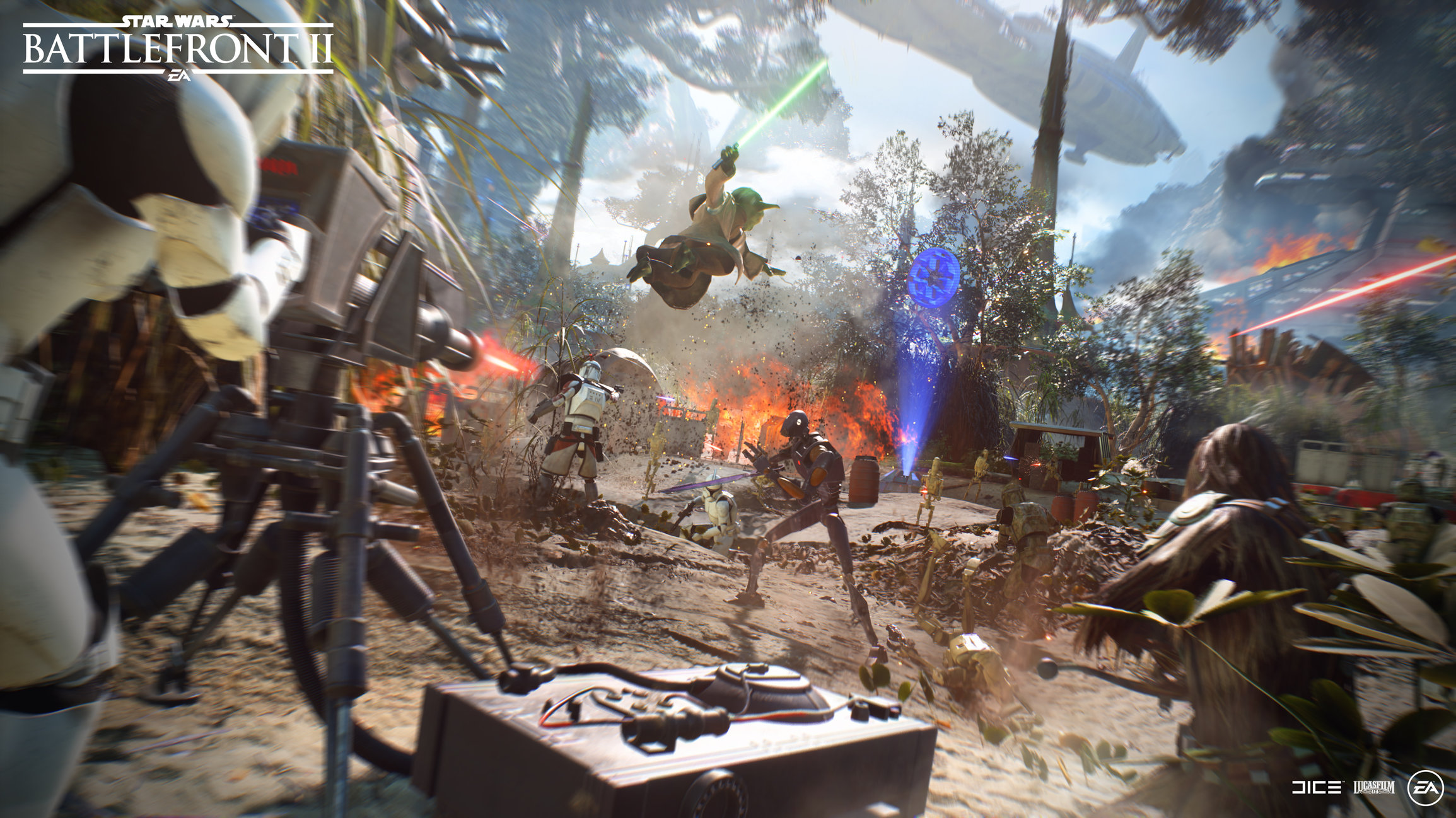 What about the droid attack on the Wookiees?

It's a system we cannot afford to lose!

To start, Capital Supremacy is expanding to Kashyyyk. The Clone Wars will be fighting on the Kachirho Beach in an all-new way. Don’t think this map is exactly the same as before, though. While it’s based on the Kashyyyk map from Galactic Assault, we have made some changes for it to function better in Capital Supremacy.

Leading her forces into battle and holding the line when there was nowhere left to go, Leia Organa has always mastered the balance between princess and General. In preparation for May the Fourth in only a few days, we’re adding Leia’s iconic A New Hope appearance to the game: Princess! This appearance will be visible from the collection screen once the update goes live.

This isn’t just a regular appearance drop, though. To unlock this iconic look, players must take part in an in-game event by capturing command posts in Capital Supremacy! The May the Fourth Special Event will begin on May 1st and run until May 6th. Good luck, and may the Force be with you.

We’ll have more details on the event in just a few days time.

At last, we will have our revenge!

As mentioned above, this month’s update has a large focus on bug fixes and balancing tweaks. However, we’re doing something a little different this time. Below, you’ll find some of the release notes have a tag beside them that says, “Community request”. These changes, updates, fixes, and tweaks are based directly on player feedback that was brought up to us.

Though we know many of the changes we make tend to be things players are talking about, it was important to us to flag particular ones that you helped bring to our attention or that we felt were more important to the community. An example of this would be a minor change to Rey’s appearance that we made in this month’s update. Thank you to all of you for your continued support of and dedication to Battlefront II!