A command post has been lost, but not the battle

Along side the announcement of more content from the Clone Wars coming to Star Wars™ Battlefront II at EA Play 2018 was the confirmation that a new, large scale game mode would also be arriving.

We know that this is a topic that many of you have waited patiently to hear more about and we’re incredibly excited to be here today to go in depth with all the details.

The goal for Capital Supremacy is to win the planetary battle, gain access to the opposing teams Capital Ship and destroy it.

When you first deploy into a game of Capital Supremacy, you will begin planet-side. From here you will have to take control of several Command Posts that are scattered around the planet. Which Command Post you go after is entirely up to you.

Choose carefully because while you’re off capturing a Command Post the opposing team will also be doing the same. The choice between attack vs defend is one that you and your team are going to have to make.

As you capture Command Posts your team will gain reinforcements. Once you have the required number, your transport ships will arrive. When this happens you will have a short amount of time to make your way to the transports.

After boarding the transports, your team will begin the assault upon the opposing team’s Capital Ship. From here, you will have to set multiple timed charges across the ship. Should you be successful in destroying the Capital Ship, the game will end and your team will be designated as the winners.

If you make it onto the enemy Capital Ship but fail to destroy it, the battle will return to the surface of the planet where you will repeat the process and attempt to capture Command Posts. From here, you will once again need to gain the necessary reinforcements needed to launch the assault onto the Capital Ships.

The match ends when a Capital Ship has been destroyed. 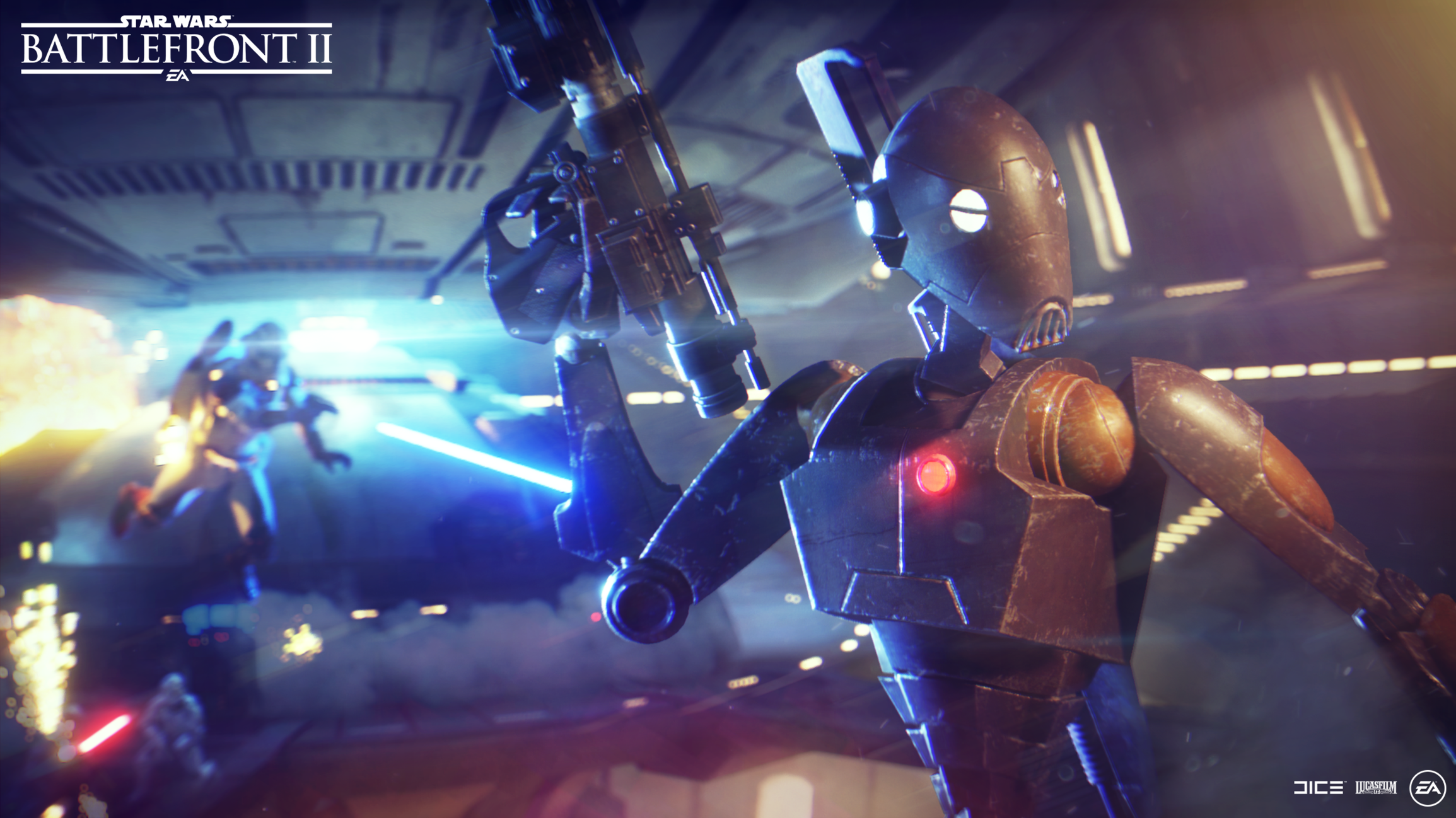 Capital Supremacy is not like any game mode that’s currently available within Star Wars Battlefront II; it comes with its own rules and gameplay style.

In terms of player count, Capital Supremacy will be a 20 v 20 game mode, meaning up to 40 player-controlled units at any one time can take part. In addition to this, there will be 12v12 AI-controlled units during the planetary phase of the battle. We made the decision to include AI because we wanted to capture the scale of the Clone Wars while not diminishing your odds of playing the iconic heroes. This is similar to how we use AI within Starfighter Assault to add to scale and the feeling of heroism as you cut through them.

This means that when the battle is taking place within the ground phase, there will be two teams of 32 engaged in combat. When the battle escalates to one of the Capital Ships, this will be lowered to 20v20.

There will be 5 Command Posts to capture, all of which start in a neutral state. Command posts are placed throughout the planetary surface and can be captured in any order. Holding the majority of Command Posts progresses your teams’ attack on the enemy Capital Ship by earning tickets.

Once a team has earned enough tickets, their transports will arrive. For every person that reaches the transport in time, that team will receive extra tickets for their attack upon the enemy Capital Ship.

The attack on a Capital Ship occurs in two sub-phases. The attacking team have to override one of two doors and from there they will have to plant a device to destroy critical ship systems. While the defenders can interact to stop the timer from progressing, they are unable to reset it, so every second counts. Once the timer is complete and both power generators have been destroyed, the game is over.

The attacking team only has a limited amount of tickets during their assault upon the Capital Ship. Should this ticket count reach zero before they’ve destroyed the critical systems, the combat will return to the planetary surface.

The Republic Attack Cruiser, or otherwise known as the Venator-class Star Destroyer, was built for one purpose: ship-to-ship combat.

Key areas on the Venator are the Cargo Bay and the Reactor Core.

Those fighting for the Trade Federation will be defending a Separatist Dreadnought. This Providence-class destroyer was used heavily during the Clone Wars and was one of the biggest ships in the Separatist fleet. Large enough to hold a blockade almost by itself, the dreadnought’s power is to be feared.

Both the Droid deployment bay and Cooling Vent room will be areas of interest while onboard the dreadnought.

Capital Supremacy will be a Clone Wars experience, meaning all the heroes and reinforcements available will be those from that era. This is the perfect opportunity to take control of our two new reinforcements, the dual wielding ARC Trooper and the vibrosword wielding BX-series Commando Droid.

At launch, Capital Supremacy will be available upon Geonosis. This isn’t the Geonosis that you know from Galactic Assault or Heroes vs Villains, either. Our goal was to make an environment that was created specifically with the gameplay of Capital Supremacy in mind.

We can’t wait for Capital Supremacy to launch and are currently counting down the days until March 26th. We’ll see you onboard your capital ship.