[MOD RELATED] All my doors are missing/ Can't place doors

With the new update, every door in my game has been deleted, and I can't place ANY doors down. I have a bunch of CC stuff, but even with disabling the mods and playing vanilla, every door I try to place gives me a "script call failed" error. What can I do to fix this?

With the new update all of my doors disappeared! Now my saved game is gone???

When I loaded my saved game after the new update all of my doors had disappeared. I figured that some of my mods or cc were clashing with the new patch so I exited the game and decided to delete some of my mods that tend to act up after a new patch. I deleted MC Command Center, <Adult Mod>, Hoe It Up mod, and my Slice of Life mod as I noticed that one had an update from a few days ago anyways. I reopened the sims 4 and tried to load the household again and it said that there was an error loading the house and to exit the game and reload. I tried this and it didn't work. So I looked up how to fixed saved files and moved my saved file to desktop, opened the game to create new save file, exited the game and moved my saves from old file to new one. I tried opening the game again and the entire household is gone. The saved file had a saved game from the 16th as the most recent and that was my sisters game not mine.

I really love this family and worked so hard on them, one of them just became an adult and I had him since he was a teen. I had pictures of him and his husband on their honeymoon to Selvadorada, their rescue cat from when he was a kitten, their wedding day, and the day they adopted their daughter. Plus pictures of their daughter as a toddler and on her recent birthday when she aged into child.

I know nobody probably cares about all that but it meant alot to me and I was really invested in this family. Does anyone know how I can try and revive it?

Re: All my doors are missing

Did you find out what kind is messing with the doors? Because I can't figure it out?

I had this problem but I used a mod to find broken mods and after I deleted the broken mods the doors came back.

I hope I could help.

I can’t place doors after the last update. I’ve tried repairing with and without mods. I play with wicked and I’ve downloaded the latest update released today/yesterday. Since I’ve removed the mods and repaired and it didn’t work, it’s not outdated mods that’s the problem. I managed to place the gender bathroom doors but the other doors won’t work.

What should I do?

Product: The Sims 4
Platform:PC
Which language are you playing the game in? English
How often does the bug occur? Every time (100%)
What is your current game version number? 1.52.100.1020
What expansions, game packs, and stuff packs do you have installed? Every expansion minus Island Living, every pack minus strangerville, every stuff pack minus cool kitchen, luxury party, spooky stuff, and toddler stuff.
Steps: How can we find the bug ourselves? Go to a residential lot and check for missing doors, as well as trying to place a door to see script error.
What happens when the bug occurs? No door can be placed on a wall and all previous ones have disappeared.
What do you expect to see? Original doors placed back where they were and the ability to add doors again. I haven't saved since before the update so hopefully the original ones will reappear after a fix.
Have you installed any customization with the game, e.g. Custom Content or Mods? Not now. I've removed them.
Did this issue appear after a specific patch or change you made to your system? Yes
Please describe the patch or change you made. Update to the Sims 4 on the 18th of June 2019 PC Version 1.52.100.1020

Re: Script Call Failed on doors?

Having the same issues myself, I'm going to be attempting a potential fix from another similar thread shortly.

@SchrodingersKing and @gracefulcluts  I've moved your posts into the master thread for this issue.

i had the same problem, but i got rid of <Adult mod> (that was my problem)

Re: Doors disappeared/ Cannot be placed

that is a known issue from the mod called <Adult mod>, so 100% mod related. 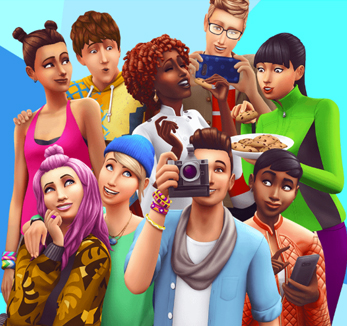 Check out our Sims forums for tutorials and all things Sims.

Having trouble connecting to your game?

Try these steps first to clear up any problems you may have when connecting to an EA game.

Troubleshoot and test your connection