Product: The Sims 4
Platform:PC
Which language are you playing the game in? English
How often does the bug occur? Every time (100%)
What is your current game version number? 1.68.156.1020
What expansions, game packs, and stuff packs do you have installed? All of them
Steps: How can we find the bug ourselves? During work day as a police officer in Get to Work
What happens when the bug occurs? whenever computers break at the station
What do you expect to see? able to repair computers at police station.
Have you installed any customization with the game, e.g. Custom Content or Mods? Not now. I've removed them.
Did this issue appear after a specific patch or change you made to your system? Yes
Please describe the patch or change you made. Seems to be after Nov patch and Snowy Escape.

Computers break down, it's a part of Sims, but when a computer breaks at the police station, there is no option to fix it. Only "Browse Plopsy" appears. If my Sim's computer breaks at home, she is able to repair it just fine (I have a Freelance Writer and she was able to fix her computer and resume writing). I have tried this with other police officer Sims on other saved games as well and same problem.

Turned off CC and mods (just to note, the only mods I use are WW, Scumbumbo's Don't Wash Dishes Where You Angry Poop, and Don't Prepare Food Where You Angry Poop as well as the mod to fix digital sketchpads since they broke after the patch. The only CC I use are mesh bodies and feet, hair and some clothing.)

Just a quick update, I tried previous solutions I found in archives. One cop I had quit the job and then reapplying. It made her a Colonel instead of Chief but all the computers were accessible and fixable as were the DNA machines. No cops behind bars anymore. I have no idea what happened in that game. In one of my other games, I had that police Sim leave for the day and then come back and everything was right as rain. So, yeah things seem to be back to normal at Sim PD, but I'm still curious as to the Twilight Zone of issues that suddenly happened.

New development: Played just now this afternoon and the same thing happened with computers. I turned off my CC and mods and it happened again. Computers broke in the precinct and there's no repair option. I can repair her home computer just fine and so can other Sims if they have computers in their houses.

I had this problem and I used the “enablefreebuild” cheat and just replaced them all.

I am also having this issue. Which is a pain because there already aren't enough computers to go around and every other officer flocks to them.

Anything new on this? It's not only the police station, but also the science lab. I have not checked the hospital but I guess it is probably there too, since it is an active workplace. Any fixes for this?

@babuchas01 The problem occurs on all three lots. I've tested it.

Truth! You don't have the option of fixing computers at the police station after they break down. 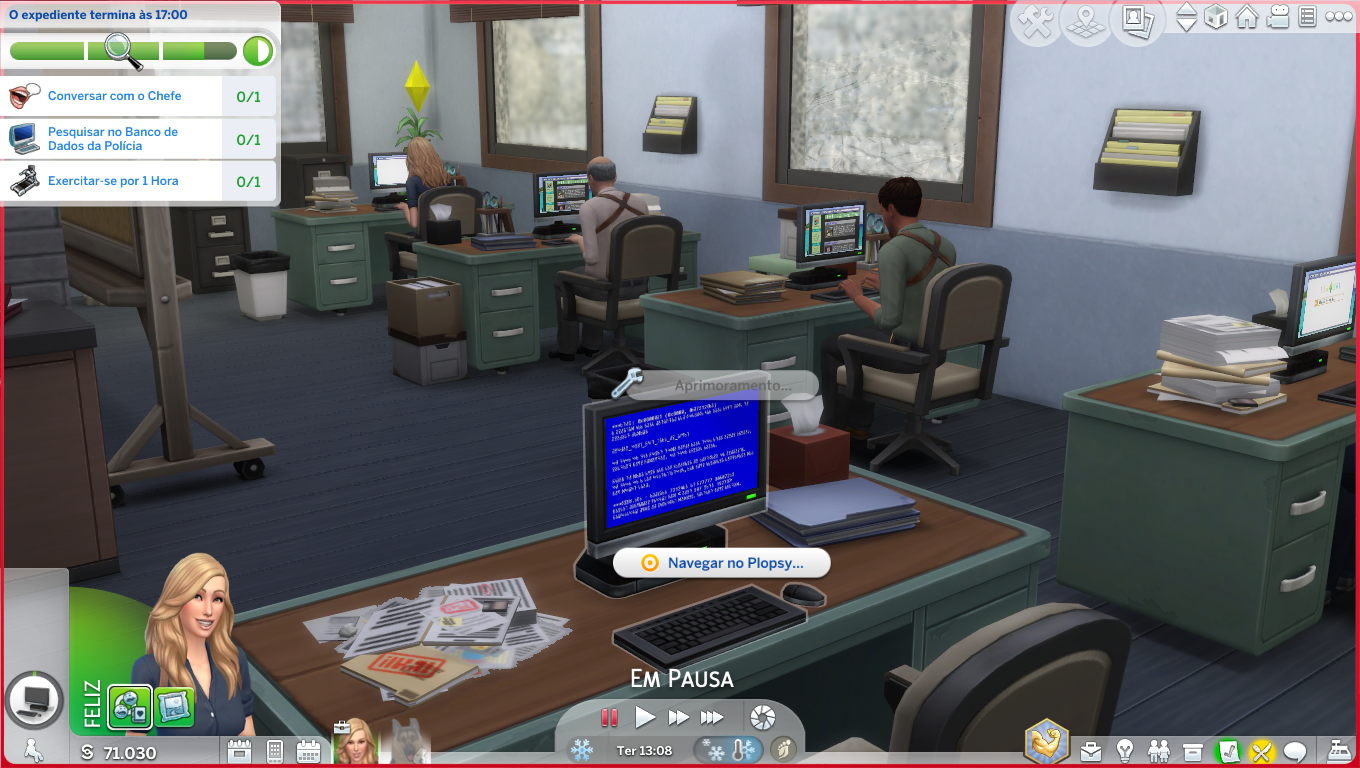 @DDWard1972 Yes, thing is sometimes all four computers on the lot are broken and I can't do a good job that day. Meaning I have to wait until another workday for promotion. No cc. All packs except sets.
Message 9 of 11 (570 Views)
Reply
0

I am having the same issue at the Foxbury Commons lot at university.  There's only four computers there, and when they break, there's no option to repair them.