Product: The Sims 4
Platform:PC
Which language are you playing the game in? English
How often does the bug occur? Every time (100%)
What is your current game version number? 1.71.86.1020
What expansions, game packs, and stuff packs do you have installed? All the existing packs except for Journey to Batuu.
Steps: How can we find the bug ourselves? Go to Myshuno Meadows.
What happens when the bug occurs? Whenever I go to Myshuno Meadows, there are no sims on the lot, even if I wait for them to show up. They spawn in the area around the Central Park, but the lot itself is always empty. Nobody goes up the stairs that lead to the lot.
What do you expect to see? I expect sims to show up on the lot itself and interact with the objects that are placed there.
Have you installed any customization with the game, e.g. Custom Content or Mods? Not now. I've removed them.
Did this issue appear after a specific patch or change you made to your system? No

P.S. The bug has always been there, but nobody paid attention to it. For example, Julian aka Iron Seagull - who is a Game Changer - made a tweet about the issue back in November, 2017. There are also posts on Reddit mentioning the bug. 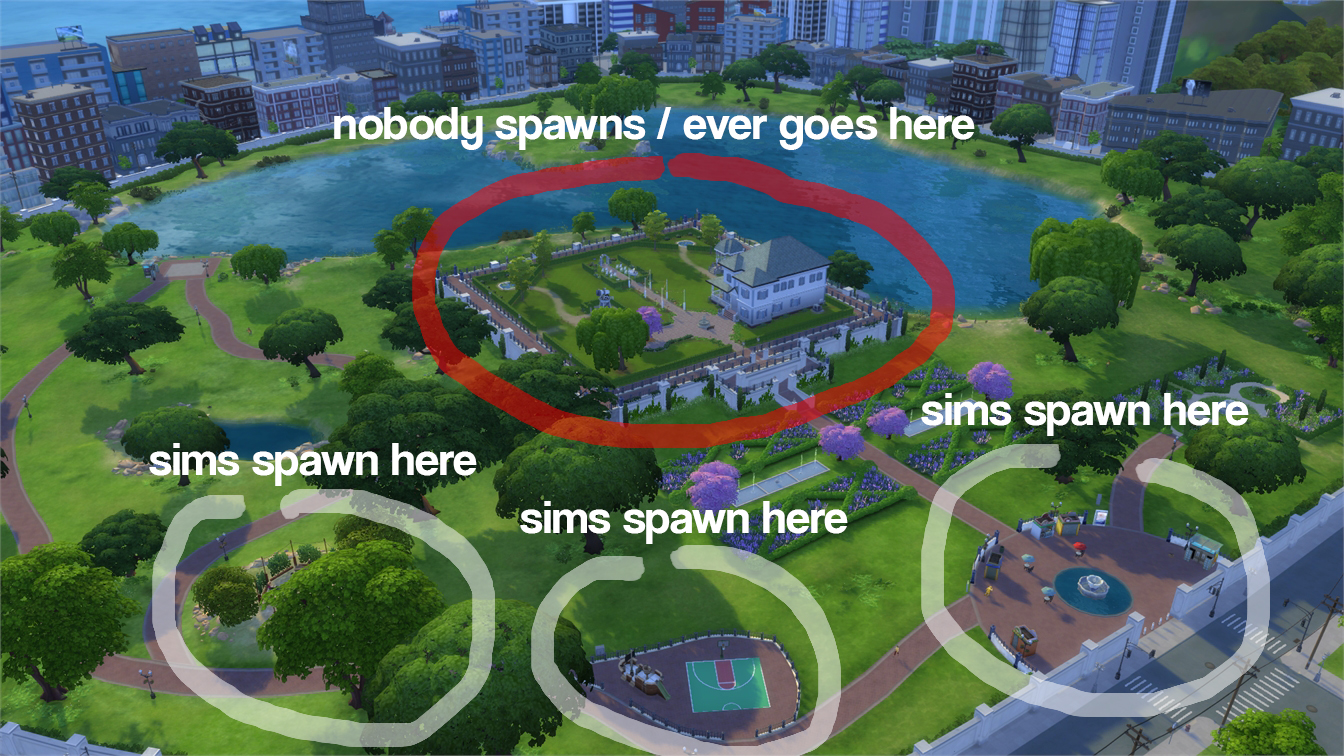 @KinkyWelder Do the special lots in Windenburg have visitors if there's nothing going on ? I'm not sure I've ever seen anyone on special lots. I think they are a bit like generic lots that don't get visitors.

@crinrict I just checked the Chalet Gardens in Windenburg - yes, there are visitors on the lot when nothing is going on.
P.S. I started a new save for this and immediately sent my sim to the gardens. 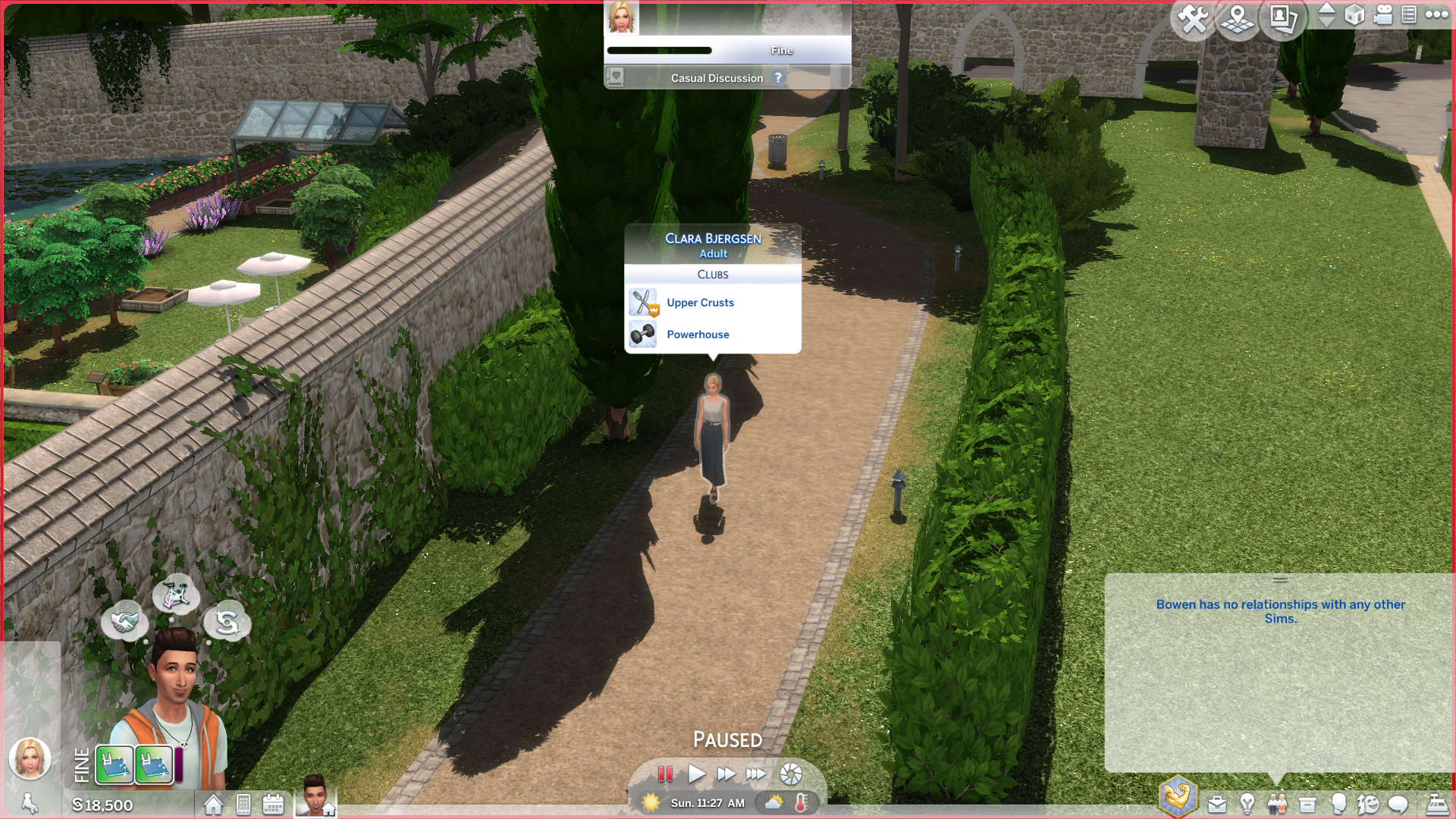 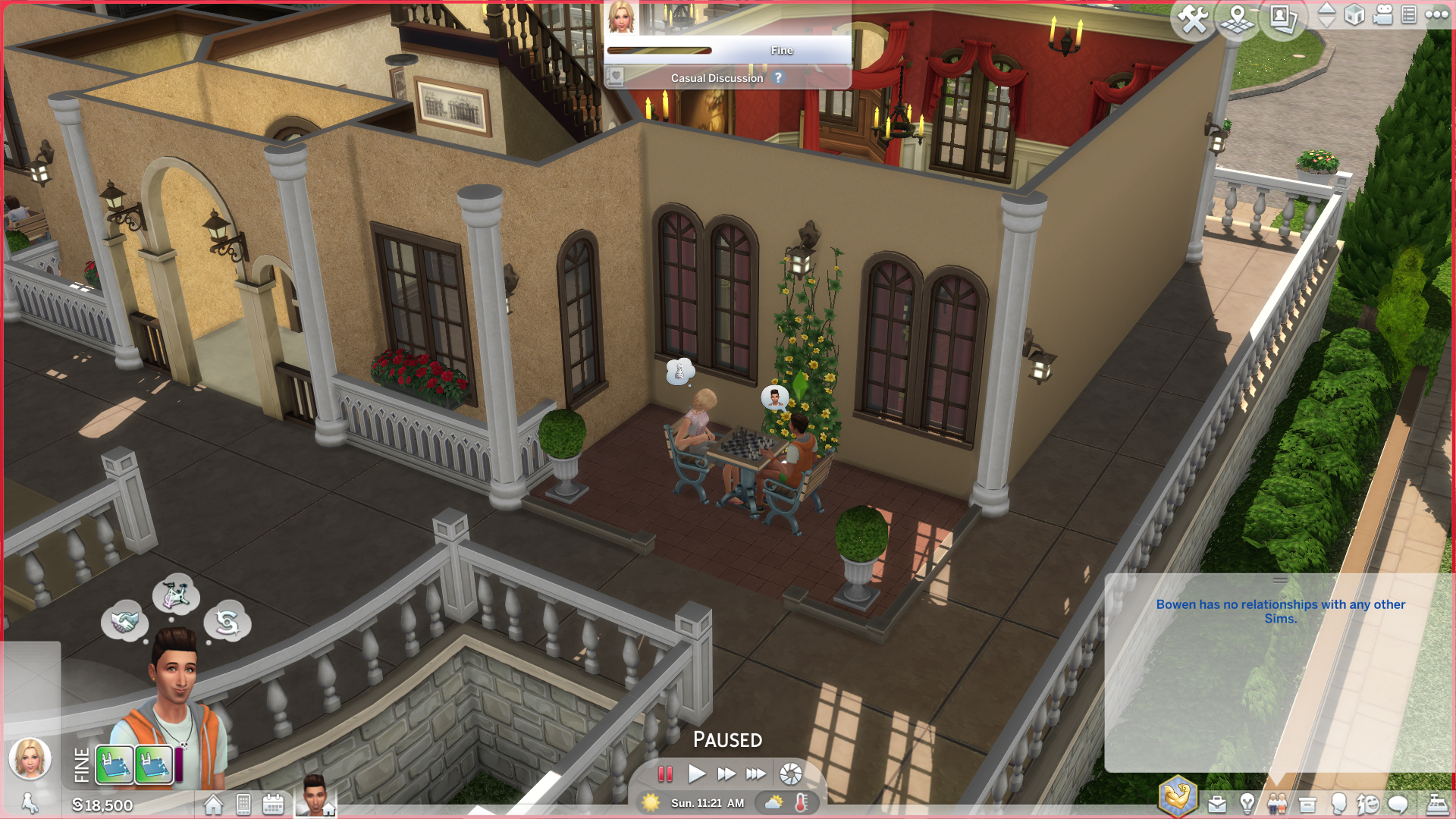 I have had one or two sims enter this lot and gone upstairs to read, but it's rare and it has happened when I made my sim stay there almost all day and night to abuse borrow the bathroom, kitchen, and easel

This is happened in my game too. I downloaded the most beautiful park you can imagine, and no one used it! So silly.. I think it's a bug.

I changed the lot type to "park" (I used a mod), and sims started spawning immediately! So I guess that's a fix for now.

I recall when CL was released that this lot was referred to as a wedding venue, which is what I use it for. I've always figured that they don't have sims go there since simmers probably would have been unhappy with a lot of wedding party crashers. With a max number of sims allowed on a lot, it could interfere with how many sims could easily be invited to attend a wedding ceremony as well.

Bottom line for me is I think this probably falls under by design, although I could be wrong.

If anyone of you are still encountering this (without mods), would you be willing to share your save file(s)?

If so, please send me a private message with a link to the file.