Had my Fifa 21 account hacked, rang EA who denied all knowledge

I have just got off the phone to EA about having my account hacked, I rang their premium number firstly for 30mins and got cut off, and then for another hour.

I had two players from my account sold by someone who hacked in (Aubameyang and Pogba) totalling 500000 coins. Who ever did this then purchased Suarez and Hakim for roughly 500000 coins at the top end of their price brackets, these players could be purchased for roughly 180000.

After an hour on the phone the lady said there is no record of these player ever having been in my team, I couldn't believe this, basically saying I was lying. There is now no recourse open to me I just have to take the loss, I recently purchased 12,000 fifa points which have basically been lost through theft.

My advice to anyone would be not to buy points or plat the game as this can so easily happen and unscrupulous EA can simply just deny all knowledge of any wrong doing from their far away call centre.

Really disappointed as I always enjoyed playing Fifa, but not when they act with this sort impunity, scandalous. 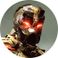 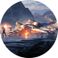 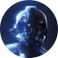