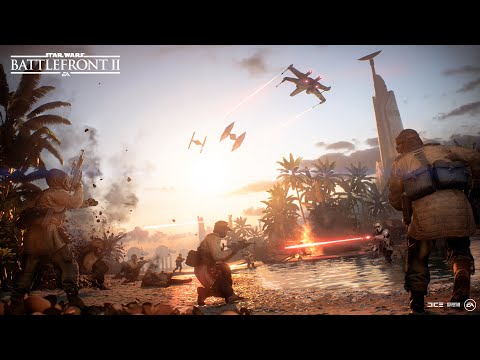 We’re back for a Transmission and that means it’s time for another update. The Age of Rebellion is still upon us, headlined by the return of Scarif in Supremacy, Co-Op and Instant Action.

The update releases on April 29 and we’ve got a lot to talk about, so let’s dive in with the details.

The list of Supremacy planets for the Age of Rebellion is spearheaded by the return of Scarif, a planet we know you’re incredibly excited to venture back to. Joining Scarif will also be a series of iconic Age of Rebellion locations; Hoth, Death Star II, Tatooine, and Yavin 4.

Each of these locations will also be arriving into Instant Action, making the Age of Rebellion Supremacy experience available offline as well as online.

We continue to see great feedback around Co-Op and it’s been wonderful watching the reactions, gameplay clips and reading your comments on the last update, which brought the game mode into the Age of Rebellion.

Following on from that theme we’re adding Scarif to the list of available Age of Rebellion locations, and it will join all the existing locations in the map rotation.

Back in January, we released both the MC85 Star Cruiser and Resurgent-Class Star Destroyer as part of the Supremacy setup for the Age of Resistance. The feedback we received on both of these Capital Ships was incredibly positive. As a result of this we’ve made the decision to bring them to Co-Op as standalone locations.

You’ll find both the MC85 Star Cruiser and the Resurgent-Class Star Destroyer within the Age of Resistance map rotation.

With this update, we’ll be renaming Co-Op to Co-Op Missions.

With the positivity and reception surrounding Instant Action we’ve decided to expand it further, bringing a new option to offline play.

Instant Action Missions are based around the Co-Op multiplayer experience, allowing you to play with 3 friendly AI allies and take on an enemy team made up of AI using our existing Co-Op Missions.

Faction select will be possible, enabling both attack and defend gameplay options and the mode will be supported by every Co-Op location we have within the game, across all 3 eras.

Heroes Vs. Villains will be receiving a new planet in April, as the battle between dark and light reaches the salty mineral planet of Crait. This is one of our most requested HvV locations to date so it’s really exciting to be bringing it to the game mode.

The combat area will be focused inside the main hangar, with the blast doors open, letting in the sunset outside.

When we announced that you would be returning to Scarif, one of the more prominent requests that we started to see surrounded the Shoretrooper appearances.

Within this update, we are pleased to confirm that troopers will have new appearances based on the Shoretrooper setup. Members of the Empire will have their Shoretrooper appearances, while the Rebellion will have access to their Pathfinder variants.

We know that many of you have been requesting new appearances for heroes (and villains) in the game, which is why we’ll be rounding out April with a selection of brand new ones.

Darth Maul has been a hero who, in terms of new appearance requests, has consistently been one of the most prominent, which is why we’re incredibly excited to announce that he will have an appearance based on Star Wars Rebels available to him, complete with robotic legs.

The first of these new appearances belong to Emperor Palpatine, and will be focused around his red robes. The second Star Wars: The Rise of Skywalker appearance is based on Rey with her hood down, and with her new yellow lightsaber. We’re looking forward to bringing both of these frequently requested appearances to the game in April.

We also have a new appearance arriving for the dark side arriving in this month’s update, Kylo Ren with his hood up.

We are adding in-game messaging for Damage Increase, and how it relates to damage decrease.

You can suffer a damage increase from two sources today: BB-8's Resistance Backing ability, and Dooku's Expose Weakness ability. Having a Damage Increase on yourself means that you take more than normal damage from any damage source.

Damage Increase is messaged in-game in the same three elements as Damage Decrease:

Above Head: When looking at a friend or enemy, left of their health bar, an icon denoting damage increase will be shown for the duration of the effect

Hit Indicator: When dealing damage to an enemy, the damage increase icon will animate out from your crosshair to denote that you dealt more than normal damage

Player Health: When looking at your own health bar at the bottom of your screen, icons will be shown to the left of your health number for the duration of any damage increase and/or damage decrease

We are removing the two cases in the game that would give you explosion damage reduction. This is done to ensure that our damage increase/decrease messaging is robust in all cases. We are also hoping that the redesign detailed below of the Bodyguard Star Card (which is largely unused by all Trooper classes) will make it more viable to bring into battle.

The BODYGUARD Star Card keeps its name but has a new description to reflect the new design. The gameplay effect changes to:

The Critical Health Level is already messaged in-game by an audio filter and a red vignette, letting you know that you are in grave danger. The new design of the Bodyguard Star Card is meant to give you an increased chance of survival while in this state in certain situations.

High damage weapons such as sniper rifles are largely unaffected as well. You can still kill a Trooper that has Bodyguard equipped with 1 headshot or 2 body shots with the NT-242 sniper rifle.

All examples above are made from the Epic Rarity of the Star Card, which is where the biggest effect kicks in. This damage reduction is only applied while below 30% health and is immediately removed when you go above that. For non-Heavy Troopers, this state is entered when below 45 health. For Heavy Troopers, the threshold is below 60 health.
From everyone on the Star Wars Battlefront II team, we thank you. Thank you for being a part of everything we’ve done, and for being the best community we could have asked for.

May the Force be with you. Always.

Dash abilities for all Heroes and Reinforcements
These are now following the direction of the camera, instead of the character model. This applies to the below abilities:

CHANGES TO CLASSES AND SPECIAL UNITS 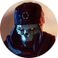