Origin stopped working and didn't want to open up no matter what I did, so I decided I'd uninstall and reinstall. Bad idea I guess. I've been trying to install it for forever now. I cleaned out all of the Origin files so there aren't any left. I ran a CCleaner and cleared out some stuff there too. I even tried a clean boot. It will let me download the client from Google, but after that it won't open at all. Even if I run as an administrator it won't budge. If it does happen to open with the Windows troubleshooter It's just a while box and that's all I get. I've included a screenshot below. There's more than enough space on my PC so that definitely isn't the issue. Any suggestions at all?? I feel like I've tried everything and at this point I'm highly frustrated. I just wanna play The Sims man. 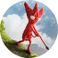 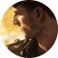 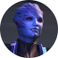