My sims game is so slow and laggy that it's unplayable. It's been this way since the first week of October... since which time I have tried to play it about 3 times and failed. Sims stand around for hours, and the game is visibly lagging and doesn't stop or get any better as minutes go by. The snow falling in the game is sticking, the camera sticks when you try to move around, and the sim movements are jittery. I can't even get them to complete a single action like "go here". I first tried to remove a few new mods to see if they were the issue, that did not help. I then gave up and decided to completely remove and disable all mods from my game, to see if that would make a difference. It did not. I couldn't find any threads that would help that aren't regarding the Discover University patch. My game has had this problem since long before that patch. I have recently done a clean uninstall/reinstall of the game and Origin. I've tried to repair the game through origin. I've deleted save files, lowered my graphics all to low (i usually play on high or very high with minimal issues), deleted sims out of my tray... I don't know what else to try honestly.

My mods are all updated for the current patch but like I said, the problem persists even without the mods. Please help or refer me to a related thread that I might have missed. 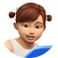