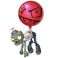 Got downed ridiculously fast and pathfinder tbagged me for a full minute so i decided I would record just to spite him, and immediately first kill it's obvious he's using aimhack, He never missed a shot on anyone, a few kills later he gets downed almost immediately by a wraith who has half a dozen spectators and is also blatantly using an aimbot. The path had 1k kills and wraith had 2k. The day before I managed to record a bloodhound with over 2k kills who was using an even more obvious headlock aim bot. How have these people not gotten caught? There was so many people spectating them and they arn't even trying to hide the fact they are using aimbots. I've reported them but what else can I do? Is there a way to show the footage without being banned from the forums? 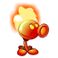