Anthem is hard crashing since the recent patch

Product: Anthem
Platform:PC
Please specify your platform model. PC
AMD or Nvidia Model Number Nvidia GTX 1080 Ti
Enter RAM memory size in GB 16
Please select your region North America
Were you on an Expedition when the issue occurred? Yes
What type of Expedition were you on when the issue occurred? Freeplay
What was the name of the Mission / Contract / Stronghold you were on?
What was your chosen difficulty level? Hard
What Javelin were you using when the issue occurred? Colossus
What was your Expedition team makeup? Mix of the above
Where did this issue occur? Please include menu name or in game location. This has occurred three four times now. Three of the crashes occurred in freeplay, and one of the crashes occurred in Fort Tarsis speaking to one of the NPCs. I cannot recall which one, but it crashed last night and worked no problem this afternoon and crashed once I got onto expedition.
When did this happen? (dd.mm.yy hh:mm) 22.02.19
Summarize your bug Four times now my game has crashed as what appears to be random places within the game. Three times the game has crashed hard while in freeplay, and the other time the game crashed while speaking with an NPC. Today I tried again, and I was able to complete the dialogue with the NPC the game crashed at last night, but it crashed once getting on expedition. The game has hard crashed within 10 minutes of playing the game for the past 4 times I've tried it, between last night and this afternoon. These errors only seem to have started once I downloaded the most recent patch.
How often does the bug occur? Every time (100%)
Steps: How can we find the bug ourselves? I'm not able to replicate a specific event or trigger for the crashing.
What happens when the bug occurs? The game hard crashes, and I have to kill the process via task manager in order to close the game.
What should be happening instead? It shouldn't crash... 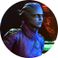 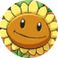