Same legends in one team.

Product: Apex Legends
Platform:PC
Please specify your platform model. PC
AMD or Nvidia Model Number 1060 6 gb
Enter RAM memory size in GB 16
What is your gamertag/PSN ID/EA Account name? iszakox
Please provide your squad mates' gamertag/PSN ID/EA Account name if possible. mafiap02
Which Legend were you playing (if applicable)? Wraith
Which Legends were your squad mates using (if applicable)? Wraith
Where did the issue occur? Loading into the match from the lobby
Which part of the map or menu were you in? If you don't remember the exact name, please describe the area or what you were trying to do in the menu. Don't remember
What were you doing when the issue occurred? E.g. respawning a squad mate at a beacon, using an ability, a squad mate left the game. Squad selection/ late load in to the lobby
Did your squad mates also experience the issue? Yes
How many matches had you played in a row before the issue occurred? Few
When did this happen? (dd.mm.yy hh:mm) 20.02.19 afternoon
How often does the bug occur? Rarely (0% - 9%)
How severe is your issue? Major impacts to gameplay
What happens when the bug occurs? Previous game my friend was playing as Wraith. We died very quick.Next game my friend could not load in so I selected Wraith . After selection my friend load in the game but it was to late for him to select legend . He load in to the game as a Wraith. So we ended up with two Wraiths in squad. In the begining I did not realize so I don't have any screenshot. It's happened only once since game release but when people figure it out it will be game breaking . Just imagine selecting 3 times Lifeline . (Sorry for my English )
What should be happening instead? Shouldn't load the game until all squad mates are connected.
Steps: How can we find the bug ourselves? Late load with legend from previous games with someone selecting your legend from previous game. 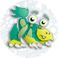