The game was fine and proceeding well until i joined a squad with my friend. The only problem was that my friend was a mission ahead of me and for some reason all my quests vanished other than my friends. I thought maybe it was because i was in his lobby and my quests will come back if i split off from his squad. That sadly didnt happen. I closed the game and i thought that eventually it would work but for some reason im not proceeding the story it seems. Im able to work with my friend and his quests but if i do things by myself i dont have any quests at all. Also i cant go to the other side of the Fort Tarsis as if my game knows im doing missions i was ahead of but still wont show me my current missions. I dont know what exactly made this happen and gave me such a headache but I guess the only thing i can do is play with my friends because it shows his missions and just keep progressing his stuff i guess? Hopefully there is just a small minor bug that can fix this or maybe im doing something wrong. 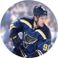