Product: The Sims 4
Platform:PC
Which language are you playing the game in? English
How often does the bug occur? Every time (100%)
What is your current game version number? n/a
What expansions, game packs, and stuff packs do you have installed? All of the Expansions and game packs and stuff packs.
Steps: How can we find the bug ourselves? Be in the botanist branch of the gardening career that came with the seasons update and select work from home.
What happens when the bug occurs? My sim gets the alert an hour before work time. I select work from home. Sim completes the at home work task and then when my sim is supposed to work again I get a notification that the boss was happy with their work and they earned 10 simoleans.
What do you expect to see? I expect her to make more than 10 simoleans a day for being level 9 in the career. If I send her to work off the lot she makes about 700 simoleans a day.
Have you installed any customization with the game, e.g. Custom Content or Mods? Not now. I've removed them.
Did this issue appear after a specific patch or change you made to your system? Yes
Please describe the patch or change you made. I appeared after the update with the glass roofs and seasons came out. I started the save game right after seasons was officially activated.

I have seen others claim to have the same issue except they make 11 simoleans a day instead of the 10 I am getting. 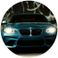 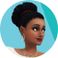