Re: [Respawn] RNG and Resources

I am playing AL alot, and i noticed 2 moments that annoy me the most and which i want to discuss in this topic:

2) Lack of resources, especially, if you play active (like dropping in a hot zone)

So, i will start with RNG. I saw multiple times, when lootcrates generates 4 white bodyshields or some triple-copy weapon. Sometimes you can run up to 12-15 (my record is around 15) loot spawns and get not a single weapon/body shield - only grenades, ammor and other staff. Usually you just get lots of P2020s and Mozambiques.

Since i stadied math, i know of NORMAL DISTRIBUTION. And why not adding controlled RNG to this game, so a player will get more consistent loot. Also, i don't know how the game generates loot from loot crates, but i don't think that it works the way to lessen RNG-element, how it should work in my opinion. I think, loot crates should generate loot the way to give player some items that he missing the most, with higher chance. For example, if player missing body armor after looting 4-5 items, you should get it with high chance. And classic loot of the ground should be more varieble, and generates depending on the situation, when closest player is around. Also, after some time pass, players should find better loot, but that point is only my opinion.

Then, i would like to talk about resources. I should tell you - yeah, if you play passive, dropping in distant places, you will OFTEN (hello, RNG) get all you want. But let's talk about hot zones, since most of players like to drop there and fight like in Team DM mode. Looting there is pretty much, casino. It's ok, but then we come to resources problem - usually, if you loot 3-4 places (it's average for a hotzone), you usually get only 1-2 weapons with ability to shoot 2-3 clips, and then you are out of ammo, and you rarely can loot enemies you killed, since you will be killed while try to loot bodies. Same goes for health and sheilds - you either get 0, or standard double use on these items. So, what do you think about increasing amount of resources you get in hotzones or overall? Anyways, players are limited by backpack's size, so amount of resources you get from the ground will not affect backpack (i think it's ok), then why not to boost amount of ammo, syrenges and shields you get from a single item 3D-model you loot? Like, 1 shield cell will give you from 2 -> 3 charges and same for syrenge? Also increase amount of ammo x1.5, for example.

After after that, i see another interesting, possible solution - Shops. It would decide both these problems as well, and also it's ok with Apex Legends/ Titanfall background and lore (as far as i understod it). Like, Apex Legends is some kind of tournament, show for mass people, and drops would be cool, something like drops from Hunger Games.

1) Standard - some interactive objects (like wending machines) that will give you weapons, ammo, health etc.

2) The most cool way i see is that players will be able to interact with some objects, and after that, you will recieve ability to call a CARE PACKAGE, so you will have to wait to get you loot abit, also, you may die in a process, and other players may steal or take your carepackage's loot.

What about currency for shops? I don't really know. Maybe, you will recieve money or some kind of different resource for good perfomance. I think, it would be a cool idea to exhange kills (you will recieve kill tokens for killing or helping to kill players) for better loot. It's a big work to understand what's better. Anyway...

...Good luck, Respawn, I believe in you!

Re: [Respawn] RNG and Resources

So you see, Warzone added these things, shops and money system i talked about months ago.

Maybe now you will see why this system is good.

Please, add shop, where you can sell items and useless staff, so you can buy urself a Mastiff, for example. Less RNG, more skill. More option to get items in-game. 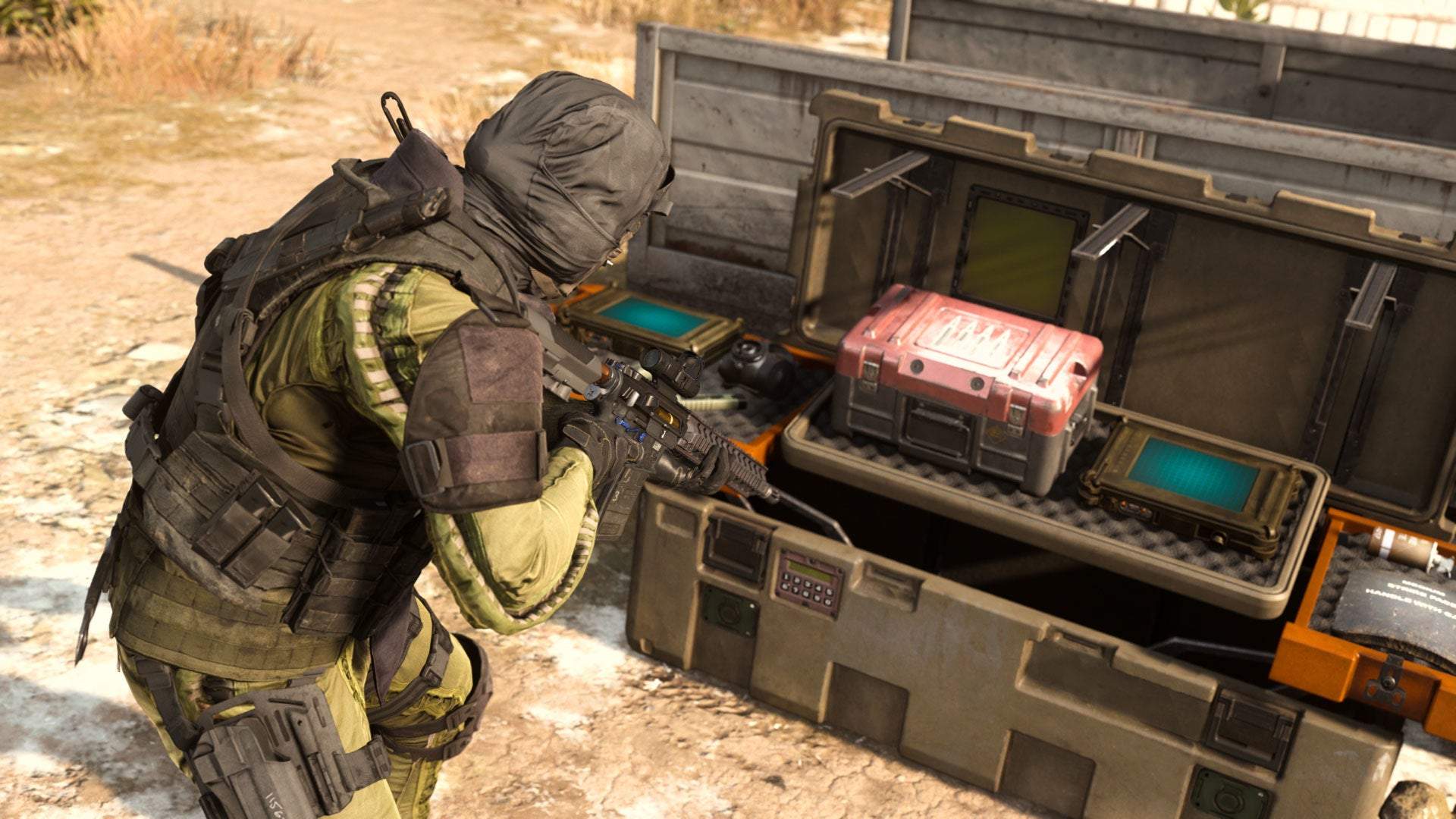