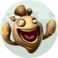 Adding small personnel mines would be an amazing change for Apex.  Considering we have so little equipment, and this type of diversity could possibly change the meta.  For teams who look to run squads without defensive characters like Watson, Gibby, or path; landmines could become an alternate defensive solution.  Also allowing teams to run an effective defense in open area, against more aggressive opponents.

Landmines would be scannable by recon units such as crypto, or bloodhound.  This allows them to be countered, and also adds more usefulness to recon legends.

Personel mines would also have a range of 3-5 meters but could be disabled by certain legends.  Such as Rev, who is an "assassin".  It would also be affected by all forms of damage inputs i.e: grenades, gunfire, smoke, airstrikes, or EMP.

@Wirtanen46p Not a bad idea, but I think it would make the game even more camper
Message 2 of 4 (231 Views)
Reply
1
Highlighted

I'd like a drop grenade of sorts. One where you could press the grenade button and instead of throwing it, you drop it where you were standing and if someone's chasing you, haha jokes on you. I know you could just throw a grenade down at the ground but then they see you go through the motion. For anyone who played Dark Souls 3 knows what I'm talking about.

So basically a C4?