First, can you maybe add some variation in game.  New things for us to do.  This last update, I'm hoping with fingers crossed, is just a setup to a more substantial update coming soon.  Meaning, the last update seemed very lazy; no new weapons, troops or the like.  Just more levels and videos to watch that usually crash, really?  Meh, whatever.

One idea; 'Squad Invasion Challenge', or something like that.  What I mean is the ability of one Squad to challenge another using Invasion as the challenge platform.  Whichever Squad has the most points wins something.  You could also make a larger version, maybe 10 Squads, single elimination type of thing.  Think Clash of Clans war challenges or the like.

Another idea, you could maybe create different unique solo challenges that happen once a month.  Example, 'Endlass Waves Solo Challenge', or similar.  Pretty self explanatory; higher number of waves survived the better the rewards.  Good for lower level players to earn weapons and rewards for a the ridiculous amount of leveling, and allow unique rewards for leveled players.  Think, the Mega Crab from Boom Beach or something similar.

Second, what is up with Black Market?  What I mean is; I see other players with all Top Tier BM gear, I wonder how did they get them.  I ask because I receive BM offers maybe once a month, if I'm lucky, more like every 6-8 weeks.  I have never been offered Top Tier BM Weapons I use, so I held off purchasing any BM weapons for sometime now.  I do remember reading something in an update that said BM offers are going to be more customized, but that runs drastically counter to my experience.

So, with that in mind; when I see these players with all Top Tier BM weapons I wonder how that is, math just doesn't seem right.  From my experience, it would take well over a year for me to finally be offered the BM weapons I use.  I understand offerings at BM are supposedly 'random', so it does raise some suspicion about the integrity of BM offers being equal amongst players.  Just saying.  I for example have stopped buying the $0.99 deal and saved 30k gold, simply because I never received a BM offer of a weapon I use.  Now, I am not going to buy any weapons until the next weapons update, and then again I'll wait until I get a BM weapon that I use.  So, I figure I might have close to 50k saved by then.

Now, I don't know if I need to accomplish some task to get a BM offer or what; but I think it would make sound financial sense for you guys to modify BM, more frequently offered and offers more tailored to the player.  Example, if the person has a higher frequency of using one weapon over another than the BM will offer the Top Tier weapon of that kind.  It's called an 'if-then' operation in the computer world.  You guys might have someone there who knows a little about the idea.

In closing; I read a response in the forum, when another player asked a similar question regarding BM, and the response was very rude.  I looked for it, but it seems to have been pulled down, so I am unable to reference the post.  I am not sure if the Mod was having a bad day or if they just didn't understand words, but if there is someone there that can understand words and respond in an polite and intelligible way that would be very much appreciated.

Sorry for the double post, forgot these yesterday.  I know, I know; "it's a glitch in the way the level is displayed".  There are more, but I don't get paid, so...

Just to let you know, perception is more important than reality.  What I mean is; you can say it's a glitch in the way levels are displayed all you want, however when players perceive hacking shenanigans, well it hurts your bottom line and $$$ matters.

Thank you for trying.

Hello? Is there anybody there? Should I be reaching out in another manner in order to be acknowledged? 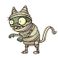 thank you very much for your suggestions, we truly appreciate it. I’ll send them over to our designers and make sure to keep it in mind if we decide to make any changes in the future.

As you can see, we try to keep the game updated. Unfortunately, it’s not possible to add new content into every update. Sometimes, we need to focus on fixes and improvements of features which are in the game already. I’m sorry updates seem lazy to you, but believe me that there is a lot of work behind every single one of them

Regarding the black market: As you said - all the black market offers are generated randomly. There’s no key to trigger the Black Market offers, but I believe that there’s nothing wrong. Keep striving for great and complex results in your game and you will surely catch some great offer soon enough.

Thank you for your understanding.

Lastly, can you be more specific and tell us how they are skipping and keeping the dog-tags?

Thank you again for all your suggestions and for playing WarFriends!

im not quite sure how to approach this, sorry. I guess to the point saves time.

first, as i eluded; the 'fingers crossed' thing, hoping that the last update was a 'undercover' update with something more substantial coming. Yes, I a man aware of how updates work, but thank you for the reassurance

second; 'Keep striving for great and complex results in your game and you will surely catch some great offer soon enough', really? No, really really? What the f... does that mean. if you think Black Market works fine, welp then there's nothing I can do to convince you of the truth. it does not 'work fine', it can be hacked and weapons purchased at will. So, again if you think it works fine then, well whatever.

i can't believe you people, so unreal