Can we please get a official response to folks all asking the same questions?

A bit of rare honesty would be much simpler for the community. If EA/Origin/Respawn are looking to kill the game because they make no more income from it then just say so!

Yes some players are not sighing up to play APEX - I'm one of them BECAUSE it will just mean the same hackers exploiting another first person shooter that we come to grow and love going down the toilet....and how long will it last!!?? If EA/Origin just turn off the servers and offer no explanation why would I invest time and effort and my hard earned $$ for that?

The rest if us can be content with OUR decision to vote with our feet and walk away from game released by EA/Respawn in the future owing to being ignored countless times from a lame cheat/harassment/reporting system that does little to nothing about addressing the problem.

Many people have offered to help free/gratis/pro bono to help solve the hacking exploitation of the Titanfall servers - often with racist BS in the midst as if to goad the win over the players even more.....yes see EA wont do anything about it....and despite many concerned decent peoples reporting EA/Origin and Respawn DO NOTHING about it. Yes, Respawn also has a responsibility here. It is their reputation that is being hurt too....ergo I'm not playing APEX Legends anytime soon!

It is not impossible to code a SAML token in the netflow to combat memory hacks through a simple randomised MD5 check. It could even be linked to external blockchain and wouldnt slow the game down in any way.

I work in cyber security SOC team. I cannot understand why EA/Origin cant protect their servers nor why with all the BLM escalations why the racist abuse coming from these hackers are NOT being addressed!

Please sort this mess out. 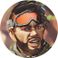 Man, if you think EA cared about BLM and all that fun jazz, you should really get a look at what this person says in game...

But, I completely agree, I am in IT, and it is quite hilarious how EA is just letting this happen.

If only we could build our own servers out and process this type of fix on our own. But then they wouldn't be able to take the money from people buying it on steam...

Like I keep saying, report this game unplayable on steam so it gets taken off the store. Make sure to leave bad reviews and explain why you gave it a bad score.