Re: Cant connect to titanfall 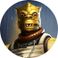 I just want to play Titanfall 1 again. Please EA, do something about this.

Re: Cant connect to titanfall

I'm not so sure its even a hacker. I think EA is behind the lot of it. Also selling hacks to get back some of the losses they had on Titanfall 1.... lame AF 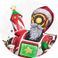 well i just got the game and yes its still down no servers they sell the game but not fix the servers   I WANT MY MONEY BACK!!!!!!!!!!!

update on my end, i have ea play on the desktop app and i had some different results,
when i pressed "play" i would get connecting to matchmaking servers and it would connect, for a split second it would be fully functional and then my name would disappear on the bottom right, followed by a connecting pop up, and timing out. i see the "connecting" thing people talked about, forgot to shadow play it before i uninstalled the game since its non functioning. i confirmed that it does work in that split second by doing just a little menuing. thats all i have