Hi @MyWifeHates360 and thank you for tagging me.

Live QV usually doesn't post and reply in the technical issue section of Answer HQ, this section belongs to the Community Team. To answer your question: We have tested the game excessively on the iPhone 11, 11 Pro and 11 Pro Max without any performance issues.

@EA_HighCommand Excessively? Did you see the video post of mine just on the last page? That’s what I and many other iPhone 11 Pro Max users are having to put up with, some times it can run smoother and I think there’s been a background update but most times it’s real laggy like in the video, and quite frankly unplayable, I find the lack of official acknowledgement disturbing
Message 32 of 63 (610 Views)
Reply
0

This is an extremely disappointing dismissal of a 4 page issue. We’re not experiencing a mass delusion here, this is not 4 pages of confirmation bias.

Did you try running the new Geonosian territory battles on an iPhone Pro max? Or the Sith raid? Extensively, for long periods?

My phone is not running background jobs, or non-standard settings, or an outdated IOS version. It’s a brand new, vanilla iPhone Pro Max, and I’m not alone.

Sorry if my post came across as dismissive, this wasn't the intention. It was simply a statement that we were so far unable to reproduce the behavior and was in no way meant to say that all the reports are false. We are still running further tests, to see if we can find the root cause, but in the meantime, feel free to add more relevant details to the thread. 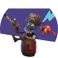 Nothing has been fixed at my end, 11 pro. The odd day it runs ok ish but today and yesterday it’s been virtually unplayable. Phone is getting red hot so rather than knacker a brand new phone it looks like it’s time to play a different game which is a shame but.......massive problem with the game on the new iPhones.

I'm having massive performance / stability problems on my samsung s7. My best guess would be that the game has issues related to memory consumption. If the memory is low the garbage collection is kicking in. Which means the cpu runs lots, mobile get's hot, drains battery, ... it's getting like really laggy, till the point where the OS may crash the game to stabilize the system again...

This got so far that my android already marked the game as instable, due to the huge amount of crashes it caused.

The problem is, that EA most likely is testing against brand new phones with no other software on them, hence it might be that there's exactly that little amount of additonal memory free... that prevents the gc to kick in that massively.

One approach - if not being able to reproduce such problems reported by community - would be to possibly track the memory consumption, see if it is reasonable, see if it could be reduced. Possibly add a new config option to have a "less blinky" ui but with lots of less memory consumption. Or do also simply install more and more apps and games on the test devices so that it is a more realistic scenario ...

At least it's my humble guess that it all has to do with memory (ram) on the mobile.

It would be very helpful to also have some "min requirements on free memory" at some point to get a better understanding on what EA considers as a normal consumption and requirement.

Either way, sorry for interfering with the topic but I guess considering memory as on epossible root cause could at least explain the problems seen in community and for why EA is having troubles to reproduce such problems in their environments ...(yes, I'm guilty too, we dont have much other software on our test mobiles too, but it's less crucial there fortunately as we only make use of the browser)

@SenorSidius Honestly, I don't think that's the case with the iPhone 11 Pro. I switched from an iPhone 7, a much older model, to an 11 Pro Max, simply by restoring a backup. This means the software installed was identical on both devices. I always close my apps after using them, so when I'm running SWGOH it's the only app technically "open" on my device.

The performance difference between the iPhone 7 and the iPhone 11 Pro is night and day, the 7 was far quicker. I never had performance issues before I upgraded.

In addition to this, I can run Call of Duty Mobile on my iPhone 11 Pro with all the detail turned up, and I can get a 60fps frame rate. CODM is a significantly more graphically sophisticated game, and the iPhone 11 Pro doesn't even break a sweat.

SWGOH is a very old game, in comparison, with low polys, low quality textures, very few "moving parts", and still it struggles. There is a problem with the graphics engine, or some other aspect of the code, in relation to the iPhone 11 Pro's GPU.
Message 37 of 63 (488 Views)
Reply
3

@Palanthraxgood point. but please keep in mind. it's not (only) about the apps the user starts manually. It's all about the wonderful dandy helpful background tasks. That make things smoother in your live. That poll data. Pretty much everything has a task by now, has a service, runns in background. And it is possible that in the new operating system (I assume that on iphone 11 it's a newer iOS than on iphone 7) that there's more tools, more tasks running nin background. by it by operating system, be it by the apps that recognize the newer environment and make use of different techniques.

That's like the real "random" value. I notice that myself on the android. I clean up all "running" apps, wait a while and there's always a different amount of memory consumed after a while. Without me starting anything. It's background tasks, pollers, services, that are being started / stopped by the operating system / apps / ...

And I assume that swgoh most likely will store every glyph of every thing they show in memory, not using weak references, not cleaning up the memory for "dialogs" once they closed the dialog. Hence holding more and more data in memory, not releasing it.

In my eyes memory still may be a good indicator to look at. As you stated, the hardware itself may be better (like cpu wise). But please keep in mind, there is pretty much NO mobile out that really has more than 4 GB of ram. Rather less (2gb, 1 gb) ... so ram is the biggest limitation.

Between S7 and S9, the ram has not changed. It's still 4 GB ... and at least for my android device it clearly was stated by the operating system that it was an out of memory exception (and prior to that garbage collection which heated up the system and drained battery).

So ... one other hint for you that it may be memory related is that ... if you run into that performance issue/freeze... your battery gets drained (way ) faster than if you didnt start the app, and your mobile got hot. 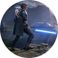 Any update on this?  I had this problem again multiple times yesterday. 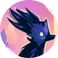 I've had my 11 Pro for a month or so now, and it's terribly laggy (like 2 FPS) laggy. It comes and goes, but it's particularly noticeable in the Sith Raid, Territory Battles and Ships Arena. What's more while I'm in game the phone overheats A LOT and battery drain becomes huge when it starts getting laggy. My iPhone X used to run it silky smooth and without such a major hit to battery life (let alone that I played far more than I'm playing right now because of this issue).

It's clearly not an insolated case, but if multiple versions of the 11 lineup are getting this then there must be something more going on. Please provide us with a solution!