So I had the exact same problem launching the game, wethe...

So I had the exact same problem launching the game, wethe...

So I had the exact same problem launching the game, wether it be from origin launcer or from the .exe icon (Program files x86 -> Origin games -> Jedi Fallen Order -> SwGame -> Binaries -> Win64)

There was only a banner showing, nothing else, it could stay like that for hours, untile I shut it down from task manager.

Many think that you cant close it, as it doesnt show on top in task manager, just scroll down, you'll find it.

First thing I did was:

Nothing of the above worked.

I then did this:

With the two things above done, I can start the game with no problem. I just have to right click and run the .exe as admin. I still cant run the game by launching it from Origin, or by simply double tapping the .exe.

So guys, basically, disable antivirus, go into properties of the .exe and mark the checkbox for always run as admin, and then start the game by right clicking and run as admin. A friend of mine had the exact same problem, he tried this and it worked for him. 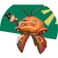 I have the same issue. I was able to play for the first few days, then steam updated the game and now it doesn't launch.  It appears to be the ealink.exe for me(see image).  I don't see any way to get it working. I chatted with ea help and they just gave me the run of the mill responses. They gave me the following link for anyone with a dll error: https://help.ea.com/en-in/help/origin/origin/your-vc-runtime-package-has-not-installed-correctly-err...

I just want to say what a bummer to see all the new razer gtx1650 models sharing the issue. This piece wasn't cheap i'm fortunate as this is a company expense not a personal one, but for everyone else damn.... If anyone with this model has it working please share troubleshooting methods or ways you altered setting/programs DL if you had to at all. thank you!! from all us bummed razer users.....

I was playing the game just fine until an update today. After that, my game will not launch through origin. When I press the play button it gets lighter but never launches. I uninstalled and reinstalled both origin and the game. No worky.

I guess I at least feel better since it seems to be a systemic issue with the new Razer Blade Stealth / Intel 10th gen. A patch should fix this, but in the meantime I signed up for Origin Premier specifically to play this game and I can't. EA should be offering people an extension due to this issue.

It isn't restricted to Intel 10th Gen. I just tried it on my old laptop and it still isnt working

guys/gals no-one is saying other models aren't having the same issue..roar was just responding to my comment for a particular brand and model to share empathy. We are all well aware many people have the same issue as we are all scouring forums for answers like these. With that said anyone with razer gtx1650 models have this game running? @zornroar I was thinking to sign up for premiere but decided to wait till issue resolved but definitely something to bring up to EA!

So I tried everything under the sun yesterday and couldn't get it to work.  Now today I got on and tried running steam in compatibility mode for windows 8(i am on win10 and tried this yesterday) and it fired up.  I wasn't able to get to the banner even yesterday.  Very odd.  i'll keep ya'll updated if anything changes. There still appears to be an issue for a lot of people so I hope they work on a fix for this.  I don't believe it is functioning as it should for everyone's systems