I'll start with saying I have an RTX 2070 with up to date drivers and a fresh install of NFS Heat. I run the monitors at 5760x1920 @ 60Hz on auto graphical settings (which I assume are in the high/ultra range).

When starting the game and entering in the cut-scene for the game intro, the center screen only utilizes the middle 33% of that monitor. The left and right monitor are displaying perfect, but the center is on the the center 33%. This goes away when loaded into the game, but I've noticed that during ALL cut-scenes in the game, the center portion of the middle monitor is the only thing that displays, while the two ends of the middle monitor are simply black and cut off. This is also present in the map, but instead of the two ends of that middle monitor being totally black, they are sort of darkened out (similar to that of a character that isn't unlocked in older games)

Driving around is fine, with the exception of all the hud/map icons on the streets. The gauges and everything work perfectly fine and display correctly, but when approaching new races or safe houses, dealerships, collectibles, etc, it is all extremely skewed and even in the wrong position of the screen.

I don't know if the game is just not optimized for triple monitor setups, but it's pretty annoying to miss a ton of information in cut-scenes when playing on my desktop using the three monitors. (I know, first world problems; right?)

Anyone have anything to try or are you experiencing this? 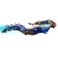 You ever find a fix for this? 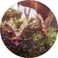