Got the same problem (PC). Tried every workaround posted here, but  nothing works

This quest is seriously bugged, the script is messed up. When fighting the remnants, for some reason the last ones do not spawn. I managed to restart the wave of enemies while still retaining the number of 14 kills (I think I reloaded an autosave) and the first kill added up to the previous 14, but I still killed the rest. Ended up with more than 15 kills, obviously, passing this part of the mission. In the end, though, when speaking with the guy on the Nexus Cultural Center, the mission would not be marked as ended.

Bioware needs to check out the script of the quest and also the one from Catch and Release, where you CAN'T "Talk to Maaravet".

Try to load the most recent Autosave, see if you get a new wave of remnants to kill the 15th. Otherwise if you still have the same problem, try to save right on spot after killing the 14th, then reload the save. It should retain the number of kills, but spawn a new wave of enemies. I know it worked for me, but I can't remember exactly the pattern I followed to get it to work.

Same here can't complete it. Everything else worked fine though, I did make  sure to make a save file for each step though. 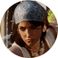 Quite a few of the "Task" missions seem to be buggy, or otherwise painful.

I have a bunch left behind undone because the quest tracker never tells you where to go, or even what planet its on. If you leave the planet before completing the task, it's a tedious slog to try and find where it was, and where to pick it up again, if it even will.

Same for ps4. Completed that, catch and release, and 2 other quest lines, and can't finish them out either. Hopefully they do a full update to try to resolve these soon.
Message 107 of 288 (475 Views)
Reply
0
Highlighted

agreed! I have the same issue with a bunch of tasks that appeared out of nowhere as incomplete whereas I finished all the tasks on the planet.

I also have the sabotage on voeld unfinished because it says to look for the mines on the bridges but doesn't show any icons to tell you where they are.

same for a bunch of other tasks on Havarl.

seems like they forgot to do something when they made the game but seriously now, I REALLY like the game but all these bugs are first QA checks they can't just send out a game like this it is unprofessional for the very least and unfair to their loyal customers.

Not saying the game is not good, It is GREAT, but I think they owe us something for all the messed up scripts they left. just MPO.

Having the same problem on 1st & now 2nd play through. Everything is finished but it just won't complete. Tried different order & reloading saves nothing helps. It's driving me crazy having it unfinished.
Message 109 of 288 (441 Views)
Reply
1
Highlighted

Just found something weird...I spoke to the angaran guy again after he gave me the quest (but before I'd done the tasks required) and the dialogue was something about really being tested and learning a lot.  So...I assume that is what Ryder is meat to say to complete the task.  Didn't end the task or give me XP.  But it is really weird.