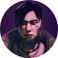 Hey guys, I've had this bug for months and tied to file bug reports but ones gotten back to me. Seeing how many people have the same issue or know how to fix it.

When I play with friends, after we leave a game the 'status' of the squad members doesn't update (in a game, unready, ready) it stays at what it was when I left the game. Then if we all ready up they get put put  a game and I don't even though it says I'm still says I'm in their group and ready on their screen. They get into a game with a spot greyed out.

I also can't see when friends join my lobby and if we still try to matchmake they don't get into the same game. And all friends on my invite list show up as green and not joinable even if they are.

I've gone through all the troubleshooting guides, reinstalled the game, even completely reformatting my PS4 and still nothing fixed it. Can anyone help me out?