SLAM Engines not Charging as stated in description 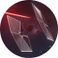 When any capable ship is fitted with a SLAM engine it is stated to "..generates boost if any power is in Engines.". However I have found that the Boost does not charge if there are less than 4 pips on the engines. If there is only 1, 2, or 3 pips of light set to the engines, the SLAM will not charge the boost.
I have sat there for 10 minutes with just 2 pips on Engines in a TIE Bomber, and nothing happened. I tried with every other ship capable of taking the SLAM engine, and again. The Boost doesn't charge with 1 or 2 or 3 pips only. Once you put in a 4th pip to the engines, the boost will charge.

This completely negates the purpose of the SLAM engines if they produce no charge with even the smallest amount of energy.

@The_Hopfot You are right. I've noticed it too. Like you said it negates the use of SLAM engines imo. Currently the description is completely wrong.
Message 2 of 3 (101 Views)
2

Hey, @The_Hopfot Can you do a bug report here: https://answers.ea.com/t5/Bug-Reports/bd-p/star-wars-squadrons-bug-reports-en
Helps us to track the issue.
Thanks!
/Atic