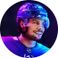 For the past week I have had a constant issue in multiplayer matches. I can join, configure etc as normal but once in flight my controller seems to disconnect, resulting in my ship stopping, being unable to manoeuvre/defend myself. After c 5 seconds it starts up again, but then the same thing happens.

This is not a game-wide problem, i.e. it doesn't happen when playing the single player story or practice mode. So I wondered if it is an internet connection issue except

up until a week ago it worked fine;

I have now played at various times of day and while monitoring bandwidth and even when nothing else is running on my network it still happens. Also I have never had this problem with any other online multiplayer game (incl. Destiny, Battlefront 2 etc)

Can anyone suggest a fix, is this something anyone else has encountered? It's totally ruining the game.

@Askurian does the PS4 controller go into sleep mode when it happens?