It was recommended I cross-post this into the technical section:

I bought a copy for my son on playstation (which is tied to my EA account be default) and then bought myself a copy on Origin. I didn't realize that since these two copies are both tied to the same EA account that I would have difficulty joining him to play multiplayer. Is there any work around for this? I own 2 legitimate and different copies of the game on 2 platforms, but I'm not finding a solution. 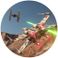 No, you definitely need to have two different EA Accounts, as that's what's used for matchmaking.

Alas, EA doesn't allow you to bind your console accounts to different EA Accounts than originally done (at least on Xbox, as I have tried for almost a decade to get EA and Microsoft "customer support" to relink my Xbox Account to my own EA Account as my then little brother linked it to the wrong one by mistake back in the day and they just say it isn't possible to relink the Xbox account to a different EA/Origin account and to ask the other party to help instead - I'd assume it would be the same for Playstation).

I think the only option would be to refund the game on one platform, create a new Playstation/EA account and re-purchase the game for the other set of accounts.

@ba5tK Very interesting! I was in chats with them twice 2 nights ago. The first said I had to go to Sony to do that, Sony said they couldn't and to go back to EA, then EA said it wasn't possible (different rep).