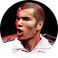 If you are suffering with this issue, there is a workaround at the end of this post.

I'm having a number of issues with my personas on PS4.

Evidently there is an issue with the way FIFA 20 deals with multiple personas on console, as the issue does not exist on the FUT web app where the correct corresponding information and content/data is shown for each account.

To be clear, it loads FIFA 20 as if you are on your other account and gives you their content, FUT club, virtual pro etc. – the content is completely switched. The mismatch, I imagine, between the account you're actually on and the one the game *thinks* you're on is what is causing matchmaking issues.

According to reports from affected players, this bug does carry over to the full version of the game.

If you are having this issue, please reply below with the following information:

- Confirm platform is PS4 or Xbox

- Which PSN ID/Xbox Gamertag you're attempting to log into:

- Which PSN ID/Xbox Gamertag you get logged into instead:

Blocking both accounts from each other via either your PS4 or Xbox, then restarting your console once or twice, allows you to access the correct persona and play online in MOST modes. This fix *does* stick. On the server side, however, the issue persists and EA Advisers on Live Chat will not be able to see your primary FUT club or any club attached to your primary account.

I still have FIFA Points stuck in FUT19 and my second persona which I can't recover through support until this is sorted as they cannot see my primary FUT club!

Hey all. We've confirmed that the latest patch has resolved this issue so I'll be closing this thread.

Thanks all for your patience while this was addressed. 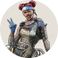 Product: FIFA 20
Platform:Sony Playstation 4
What is your gamertag/PSN ID? Poldino993
Which mode has this happened in? FIFA Ultimate Team
Which part of the mode? FUT Division Rivals
Can you tell us the date (MM/DD/YYYY) that you saw the bug? 09/20/2019
What time did you see the bug? (HH:MM AM/PM) 11:00 AM
What is your time zone? EET (ART) - GMT + 2:00
How often does the bug occur? Every time (100%)
Steps: How can we find the bug ourselves? Open Ultimate team with two different accounts linked to the same EA account
What happens when the bug occurs? When I try to open my ultimate team the game loads another club, linked to another account with the same EA account. it happens the same with the other account. This bug makes impossible to play any online game.
What should be happening instead? The game should load the right Ultimate team club

My brother and I use the same Ea account with two different PSN account. This is the first time we see this bug in 4 years. Yesterday my brother played without problems, but today when I opened FUT for the first time this year the game loaded my brother's account and since that moment his account started to load my FUT club instead of his. This bug makes impossible to play any kind of online games (impossible to find opponents). In both the Web app and the companion app, all our accounts work without any problem, this issue only occurs in the console game. We both bought Ea access on our accounts. Before clicking Ultimate team I see the right club name but then it opens another club.

The same problem. Have you solved it? Did you get any answer from ea?

Have you heard anything 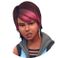 @EA_Andy is this a known issue? i.e. will it be fixed when the game launches?

I have the same problem, and i cant contact ea to change it so far

This relates to this issue also posted: https://answers.ea.com/t5/Technical-Issues/Cant-find-opponents-on-rivals-on-fifa-20-ea-access-trial/... - in regards to not being able to find online games!