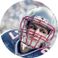 Hi, this is not really a bug or technical issue per say, more of a suggestion for quality of life improvement. Hopefully someone else will agree with me.

The game won't let me unbind the Menu/VR Calibration button from my flightstick, like it's a vital thing while flying. I don't know about you guys, but I don't have 20 buttons on my flightstick and can only map so many actions to it (I only have a stick, not the whole stick+throttle combo). So it really sucks to force me to have a button dedicated to pausing the game and recalibrating VR, when I can easily hit the Esc key to pause the game, even with my VR headset on. Right now, I'm trying to figure which actually important functionality I'm going to have to sacrifice for that.

I understand that being able to access menus is important, but the game seem to consider the Flightstick and Keyboard as two completely separate entities and not like a combo

100% agreed. Every button on our sticks is a precious commodity, and we can easily menu from the keyboard.

It's also a risky bind in the sense that hitting drops you to menus. In a fight, that's unhelpful.

Do please consider this major QOL improvement. Thanks!

In case it helps others, there's a workaround if you have some old crap stick or controller of any kind in your closet, garage, or shed. Plug it in and assign 'Menu' to a button on that device and then toss it behind your desk, never to be seen again. You can then assign whatever you like to the newly liberated button on your real stick.

It's hardly optimal to lose a USB port and add hardware just for this, but it'll do the trick. Maybe somebody knows of software or a virtual device driver that can make this slightly more elegant?

@Anthem01 It gets even worse when you are promted to mash any button after your ship gets disabled....most...not...accidentally...press...menu...button...AAaaargh
Message 4 of 6 (105 Views)
0
Highlighted

So no one else having this problem except for the ones in this post ?

Hey @nchy33 @MKh501 @Anthem01  Can you do a bug report here: https://answers.ea.com/t5/Bug-Reports/bd-p/star-wars-squadrons-bug-reports-en

Helps us to track the issue.
Thanks!
/Atic