It's probably their servers unable to handle the player load.

Can't really fault them. It's likely a data center they don't own, so they have to pay for the processing power. And it's likely on contract, so...do you spend a bunch of money, have a buttery-smooth launch, but then a month later the load has stabilized and you're now on the hook until the contract expires. Or do you pray the amount you pre-purchased is enough and keep the costs down.

Could also be their netcode needs some fine-tuning. They surely tested it, but probably with only a few hundred simultaneous connections. And now the thousand+ connections comes in and flips all the tables, plugs up the toilets, and puts liquid dishsoap in the dishwasher and washing machine. - In short, it's a mess. But I doubt they'll leave it like this for long.

I'm not even able to log into the game, if I'm lucky enough to get to the load screen it freezes half way through saying to check my Internet connection.

Happening to me still...

Re: Stuck in load screen.

Re: Stuck in load screen.

Same on Xbox. Game crashed during a mission now I’m unable to even log back into the game
Message 735 of 760 (200 Views)
Reply
0
Highlighted

Yep, launch day and still getting freezes on loading screens that destroy progress and waste time.  I'm on Xbox. 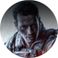 Same problem her also on xbox

Sadly this appears to have not been resolved by the 'day-one' patch...

Is it that hard to introduce a timeout of any sort in the loading system? One would think it really shouldn't be

Nevertheless, anyone have any resolutions?