All game audio randomly cuts out 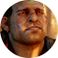 All my audio will just randomly cut out and will not come back till I quit the game and open it up again. This happened to me 2 times in my under 10 hours of playing and also my friend once. I really hope this gets figured out before the actual launch because it is very annoying to have to play a whole mission without audio just so i can restart the game.

Re: All game audio randomly cuts out

Sorry to hear about this.

It is a known issue, and should hopefully be addressed in the "Day One" Patch.

I understand it's frustrating, hang in there!

Are you looking for a response in your Thread that I responded to? Please tag me @iluminatethesky

▪Did you find my post useful? Please grant + XP✔
▪Did my post solve your issue/answer your question? Please accept as a solution✔

Seems to work. 3 hours in nothing so far (Turn master volume down to 40%)

Did not fix it, just got the audio issue myself on Master volume 40%

The fault was highlighted during beta weekends and is now present during launch. Are there any official threads even acknowledging that this exists? Turning the sound down had no effect and I've just literally restarted the game as a result of it happening again. Total sound loss is a complete immersion breaker...unless they're insinuating that a loud explosion burst our ear drums and restarting the game is an RP way of visiting a medic :P

Same issue here. why is this marked as solved when clearly it isn't?

Agreed. Can the OP change the title to "Anthem Audio Loss on PC [STILL UNSOLVED]" or something?

Having this same issue. Its happened twice now. In-game sound completely and randomly cuts out. Switch to desktop and in between browser tabs. and everything is normal with my sound. Only fix is restarting the game.

The issue is very intermittent so any saying it fixed by cuz for 3 hours or whatever probably needs to verify longer. For instance I went all day Friday without the issue but had it 3 times on Saturday.

I turned off the in game VOIP in the Audio settings section in game and so far no issue but I am not calling that a fix until it’s worked for a couple days. The reason I did this is because one of the time the sound stopped working was right when I used push to talk to say something, so logically it could be the in game VOIP and must be ruled out. Also not being able to talk to your team is not great either but I would rather have sound.