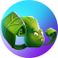 Hey everyone - I had the exact same issue. After completely uninstalling webroot, the game launched without issue. After reinstalling webroot, the game would not launch again. Webroot is 100% the issue on my pc. I tried whitelisting squadrons, easy anti cheat, and origin on webroot before, but none of that worked. I'm going to try some other things with webroot that don't involve uninstalling it, and i'll reply again if i figure anything out.

Also, I don't recommend ANYONE uninstalling webroot as a long term solution. Security is important.

I find this on the official site:

Hope the patch will fix our issue at all !

My hero. Complete Uninstall of webroot fixed it for me as well. Cheers!!

The latest patch has fixed the launch error for me.

Now the problem is the game looks like it's loading without any video drivers. The screen is gray with black and colored stripes. It looks like a busted TV. But that's a new problem.

I have the same issue, it trys to launch 2 times and fails.