I bought a CH Fighterstick to upgrade from my cheap-* HOTAS X, I still need the throttle unit from the HOTAS X. For some reason this game won't detect both (Once ONCE it actually did after hours and hours of moving things around the usb  ports and rebooting countless times, it totally forgot after and I haven't been able to get it to see both sticks since.) If I unplug the HOTAS X it'll see the CH Fighterstick, but it won't react to both. Other games and my PC see it (if I install Vjoy driver, squadrons will detect that as a second stick)   If possible make joystick mapping and detection less automated on the game side... people who use HOTAS tend to have crazy * modded custom set ups, having the game trying to figure out that * on it's own, in secret, is a bad idea. It doesn't know what it's doing as well as most of the users...

I have a GNXT HOSAS set up. Prior to patch 2 they worked fine, for the most part. One time it would only recognize the right stick but after I swapped cables between them it started working again. After trying today with patch 2 it will not recognize left stick no matter what I do.

The joystick software recognizes the input correctly and if I only leave stick 2 it'll recognize it and react as if it was stick 1, but both sticks together no longer works.
Message 2 of 3 (82 Views)
Reply
0
Highlighted 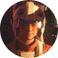 Ok so the devs who worked on this and 'designed' it did an utterly terrible job.

there are several bugs / design issues that can cause this; here are a few you might want to check out and see if they help.

1. SW:S will only, reliably, see 3 USB HID devices and allow you to bind to them.

They EXPECT that these are the first 3 devices that Windows recognises. They don't seem to care too much about USB hubs, but they don't want anything else plugged in.

Now, for me as a pro flight simmer, who has 8 HID devices plus 2 USB Hubs, this was a huge problem. I worked out that I had to unplug everything except joystick, throttle and rudders and then SW:S worked.

This led me to buy a 10port switchable USB hub where I can quickly turn on/off individual USB Hid devices without having to unplug them.

2. If you have 3rd party software that 'pairs' or somehow binds separate devices into one device i.e. T.a.r.g.e.t from Thrustmaster, then that has been seen to cause a problem.

Separate them out so windows sees each as a separate device, and check the USB Game Controllers dialog to make sure each is calibrated and working correctly before launching SW:S

3. If you have Thrustmaster MFD's plugged in, a) they won't be recognised, and b) if you have #2 plugged it, then regardless, SW:S breaks on the recognition of your stick, throttle and rudders.

Unplug #2 at least (as #1 still won't be recognised so it's pointless having it plugged it) and then relaunch SW:S.

I'm guessing that the devs are console devs who've never seen or met a proper flight simmer or understood the domain well enough to have thought that anyone would have more than a stick and a throttle connected at the same time.

Some people on Reddit have said they've managed to get SW:S to see 4 devices, but they haven't said what that 4th one was, but 3 is the most common it will handle being plugged into the PC.