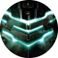 I was doing the Legendary Mission yesterday chasing after Haluk.  The party reached the door which triggers the cut-scene with Haluk before I could reach it and when the cut-scene began my Javelin was invisible. The cut-scene continued but never rendered my Javelin at any point. Everything was fine once the scene ended.

Re: Invisible Javelin in cut-scene during Legendary Haluk Mission