For further assistance with this, please try contacting @EAHelp through Twitter or open a case with a live support advisor here: https://help.ea.com/en/contact-us/new/. You can also go to facebook.com/eahelphub to get in touch with support. They'll look into this for you. Thank you. 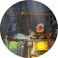 Thanks for the reply @EA_Aljo .

I tried the power cycling but yesterday but didn't notice a difference in gameplay. Still really sluggish and a noticeable delay from pushing a button until the player does the action.

I've noticed sluggish gameplay in the past. Usually I don't play for a few days. And when I come back it's better.

However this time the sluggishness is worse. And it's been like this for 5 days or so.

Thanks for trying that. Are you on a wired or wireless connection? Also, what system are you playing on?

I'm on Xbox One with a wired connection

Are there gameplay settings I can modify to improve the sluggish play?

Try clearing your alternate MAC address with these steps:

Go to your Xbox One Settings (Just press Start, then click Settings)
Go to "Network", then "Advanced Network Settings"
Click on "Alternate MAC Address", and then click "Clear"

Let me know if you see any difference or not.

Thanks. I tried that. I'll let you know how it works after I get a chance to play.

@EA_Aljo  Dude this online gameplay is absolutely disgraceful. There is no support on EA website, can t create a case. Been trying to get support on Twitter for 5 days now and no response. The game play is dead. The servers just cant cope with anything and this is not just during lockdown, this has been going on for years. The image keeps stuttering and doing this weird camera zoom in and out its just a joke. Im a div 2 player and have dropped to Div 4 because I literally can't do anything. What the hell is going on? Every pass I play goes to their player, even when I am pointing to a clear open player it just plays the pass to the opposition. I cant counter attack because every pass I play is slowed down so that the oppo can get back in shape. My players are not holding their positions and intentionally coming out of shape. my attacking players are not making any movements, even when I trigger them.

I should be able to jump on the game and play a smooth game online whenever I want, just like any other online game. But this crappy game is just a joke. Im in the UK and never play anyone from the UK. There is a server in the UK but I never connect to it. Its just embarassing to have to go through this crap in 2020. When are you going to fix the game?

I know every troubleshooting trick there is, you have commented that my traceroutes are fine, so what is the problem? I have a BENQ gaming monitor, PS4 Pro, with a dedicated 1gb up and down connection, there is no other traffic on this line as it is just for the PS4, connection is wired, my joypad is wired, what could possibly be wrong here?????

Hi, having delay for the past two months. Unbearable, I am on virgin Internet in UK getting 170mbs wired all ports opened. Its come to the point its not worth playing as its so bad that you feel like you have no control. I also did the trace and there's no packet loss or high pings. Can't seem to understand. Really need help or just Scrap this game as this makes it unhealthy to play.

@EA_Aljo  They don't seem to be addressing the problem at all. Today they have introduced another patch to mess things up. I am in the UK, I played before work at 6:30am, about 3 Rivals matches, the gameplay was so bad I just had to restart the console. When I restarted, there was an update file for Fifa 20, installed that. Got into Rivals again, honestly I don't know what they are changing on these updates, but the game was even worse than before. I expect a smooth game with the occasional issue, but not to the point where my oppo is cruising around with no issues and I am literally gritting my teeth trying to make my players sprint or react.

Sometimes it feels like there is intentional interference from a higher entity. I create a chance where I can gon one ve one with keeper and either there is a delay to a one touch through ball or a delay in the player moving onto the through ball or my player runs directly into the defender.

im passing the ball around the pitch and the game is slowing my gameplay down so that the oppo can recover and/or have time to workout where I want to play the ball.

What's going on with the pitches as well? Passing the ball along the ground and the ball is bobbling around. We should be playing on a carpet pitch, no need for the divots in pitches.

And lastly, im from the UK and NEVER play anybody in the UK. There is a server in UK and I never connect to it, always France or Germany. This game is a joke and its criminal to offer such a  poor experience for something we have paid for.

Lastly, the tech support is absolutely useless. They haven't got a clue what they are suggesting and are just trying to throw placebo ideas at us that don't work!!!