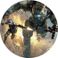 I know you guys are having a busy job following everything on the forum, and sending the information to the right departments as best as you can.
But I have a couple of questions to which i will get. Because if I have a look at EA.answers, Reddit, Youtube and a couple of other platforms I see a lot of people with the exact same problem. On this platform alone there are like 30 topics made, in the last couple of weeks alone, about the inputlag/buttonlag/one sided delay. So I hope that I, and all the others players that are unable to play the game like its supposed to be played, can get some answers and set in motion a way to fix this problem.

Some background information:
In 9/10 of my matches I have the problem that players can't sprint, turn, do tricks, pass, shoot, defend or switch normally. I am being tackled without getting a freekick, when you want to shoot a low cross into the goal in one time, the attacker decides to control the ball first and sometimes when you do a X or TRIANGLE-pass its registering as if you pressed the button twice resulting in a kind of chippball. Simple passes are bouncing 3 meters of my players feet, when your attacker controls the bal there is a defender blocking you before your player can make any continuation move and heading away corners is almost inpossible because of the button delay.

The last couple of weeks I have put a lot of blood, sweat and tears in trying to do everything in my power enabling me to play a normal game of Fifa.

And none of them did anything to fix this problem. And a lot of people are facing these same problems. I am not in the possition to make a good clip of one of my games so I will include a youtubevideo from someone facing a lot of the same problems in the last weeks (https://www.youtube.com/watch?v=CvPfQ3qLWlE).

As you can see in the traceroute/pingplotter images there are no faults on the ISP side of my connection, so that leaves a couple of possabilities, some of them being discussed a lot on numerous platforms.

Distance from server or opponent
It would be strange if thats the problem because i live in Amsterdam and from what i heard there is a server that is based here in Holland. The last week I started messaging people to ask where they live and from what I found, I also experience the problem when facing other dutch opponent while there is a server in our country. At the same time I have friends living nearby that don't experience this problem, anyway not with the same frequency.

Internetspeedcompensation?
With my internetspeed and ping being fairly good, there is a possability that this effects my games in my opponents favor due to lag compensation. The only thing what I find strange is that when I have an occational good match, it is mostly folllowed by another 2 or 3 matches before turning bad again. So that would be strange, facing people with good internet for 4 games in a row by coincedence and then a whole lot of people with a bad connection. Or is there a chance i am getting directed to another server then the one in Amsterdam those matches, whats causing my ping to the server to be lower then my opponents ping and therefore experiencing no lag.

There are some other possibilities that i won't mention because i dont want to break the rules of the forum, but something is going wrong on your end of the servers, and I hope some of you guys can elaborate on this subject?

As for now I have some important questions I hope someone from the communitymanagers/staff can help me with .

1. Are you guys aware of this problem ? And is there a department adressing this problem at the moment? If there is, I think a lot of people would like to know this, and know the place where to be updated about the progress concerning this problem?

2. Can anyone inform me with IP adresses of some Ea servers near Amsterdam, Holland. So I can test my connection to the servers I most likely will be playing on??

3. Is there a way for EA to monitor my account, because i would glady give my personal details and everything that is needed for someone to check what is happening when I am playing or where i am being routed to??

I hope i gave you sufficient information and  I would be most grateful if someone would look into this matter as soon as possible.
Thanking you in advance !

ps. After writing this a couple of weeks ago, the connection only became even more terrible then it allready was, even the squad battles are unplayable at the moment and occasionally there is some lagging happening in the menu's.

I actually do have a couple of video's on my phone of seperate moments in rival or squadbattle matches to illustrate my point. So if thats any helpfull and you can tell me where to attach those, I can do that

It looks like you've done a lot of troubleshooting already so we should see the videos you have. You can put them up on YouTube or publish them through your console if you used the built-in game DVR. Either way, provide a link to your videos and I'll take a look. Thanks!

Thank you for your response.
I have the videos on my phone, didn’t know about the ingame dvr function. Is there no way to post the videos directly from your phone ? Then I will try to do it through YouTube tomorrow

and if I use the ingame DVR how do I publish them through my console then? Is this also using YouTube ?

It's different for each system. You should google the instructions. If you tell me which console you have, I'll google it for you.

I have the exact same problem. I have always had quite good gameplay, but around four weeks ago it suddenly changed for the worse. I have been in contact with EA Help and tested my connection and such, but I haven't found a solution yet. I feel like I have tried everything, so I don't think the problem is on my end. I just wonder why the gameplay has suddenly change after years of good connection?

It's very possible the sudden lag over the last several weeks is due to the stay at home policies enacted around the world. Have you done a UO Trace yet? If not, try doing that and getting me a screenshot of the results. You can find the instructions here.

Im on Mac, but I have run the pathping and traceroute tests, but they seems just normal to me...

It doesn't look like you're completing the tests. There should be many more hops, but you're showing 1 on the first test and 5 on the other. Can you try running them again and making sure you're following all the steps?

I have same problem for about 2 weeks. Optical fiber 600/50, connecting by cable, ping in the game shows me 30-40 ms, but the game is practically unplayable, lags even for few seconds, the defender is suddenly on the other side of the pitch. It has always been not so good with gameplay, but now there is a real drama, if nothing changes I throw the game into the corner. I paste results from WinMTR