Jesus christ fix this * game man the button delay lag is getting worse by the day!!!!!!!!!

Let's go through some troubleshooting. First, are you on a wired or wireless connection? Also, what system are you playing on? 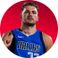 Hi, can you explain to me how it is possible that I can`t score any goal simply just shooting? every time I shoot ball goes directly towards goalkepper, finesse shots end up on a bar or post. Every game is the same - one on one with goalkepper looks like my player cloeses his eyes and shooting foward.

If I have any chance on one to one situation and press pass X or tirangle pass is too short, when  try to build possesion my deffender is passing too long. I haven`t seen any opposition had this problem - other passes go nerly half of the field ideally from leg to leg, even if they standing back.

Today`s games were masterpices - more then 10 one on one situation - no sinlge goal - one from rebound - after 3 shoots. In one of games oponent has been booked red card twice - since that time I have conceded 5 goals in less then 30 minutes of second half - I must admit it - well played. I couldn`t score no matter of any chance, long shot, 5 meter area shot, one on one, finesse shot - nothing seems to work. And I have tried 12 times. He scored shooting from distance and my goalkepper and deffence just cheered.

why my deffenders just look on each others instead attack opponent? and why opponent deffence is attacking my players even before they get the ball and just after I press the pass button?

what is wrong with my players?

How would you explain that the ping value that shown in matchmaking screen is not the exact ping value when you compare in game ping? Please do not say stay ot home etc.etc. We all know you are not the only online game producer and other online games servers perform good.

Mine answer? Dont tell me to ask other. It is your duty.

@EA_Aljo  Why bother? The game is broken dude. It is just impossible to play online at all. The button delay is unreal and the game is stuttering and just unresponsive. I just want to be clear here, It is the only game I have any issue with playing online. So what does that say? It says that idf you are in a country that doesnt have a server, forget about trying to play online. its pointless. I dont care that you show people their ping before a game, because when in game, it feels like I am playing from an underground war bunker that has a rubbish connection.

I have 1gb dedicated fibre. It is an absolute joke and disgrace that you ask us to contact and blame our ISP or reinstall/restore so many things. Why should we have to do that? It's 2020 for crying out loud.

We have content creators marvelling at your content just to keep themselves getting paid, but the gameplay is rubbish.

It's like they are collecting Panini stickers for their albums. Who wants to grind for these rewards when the gameplay is awful.

@EA_Aljo Ive just tried to play coop seasons with a mate and the gameplay for us was just crazy rubbish. Jockeying is so slow, passing always to the wrong player, reactions are delayed. Its literally not a level playing field for everyone. We are both from the Uk and have good connections.

What is going on? How can I get the service that I paid for?

this is daylight robbery.

There is no fix to this at all. It has to be because there are no servers in the UK or there is Lag compensation because I have unbelievably fast and reliable 1gb fibre internet!!!!

I had read all of questions.... have one can slove problem? No no have ..... please tell your boss to see your results...