Same issue here, with an RTX 4090 and LG OLED. HDR doesn't kick in at all. Works fine in all other games and NFS Heat.

Best I've managed so far is to force a 10bit swap chain with SpecialK - the resulting picture was much too dark though (because the game is not outputting HDR properly). Any attempt to force a 16bit scRGB swapchain results in an immediate crash.

EDIT: oh, and I have flashed the updated vBIOS onto my card.

DOUBLE EDIT: Looks like HDR is also broken on PS5 and Xbox https://www.youtube.com/watch?v=n8nyQdo0Ci4

Jesus christ WHATABOUTMEBOSS, that's crazy. You actually got it to work by doing that?

First off, great job for finding any fix, but as another has pointed out, it's simply too much for most people, including me. I only have a few spare hours in the day...

Also, HDMI 2.1 has more than enough bandwidth for 4k 120hz 10-bit 4:4:4. In fact I've overclocked my S95B to 144hz and I can still get full chroma HDR at 4k. HDMI 2.1 is literally the best option we have right now, highest bandwidth, until Displayport 2.0 comes out with the new AMD GPUs in a couple of weeks.

And yeah, playing an HDR youtube video is the easiest way to see if HDR is actually working. Especially for me, as I run the SDR brightness in windows HDR settings at zero. This keeps my screen at about 120-150 nits for everyday desktop use, which is more than enough for such a giant screen and doesn't risk burn-in as much on the OLED. So then I never have to change any setting when I want to view HDR content, as my screen and computer are already perfectly tuned for HDR. SDR is dark, which contributes to Unbound looking so bad, but all HDR gaming or video content is bright as !@$#. That's another reason why I don't want to have to re-balance all my colour settings anytime I launch Unbound.

Hey man, thanks for taking the dive and flashing the VBIOS. I'm too scared to. But at least we're getting some good info for any dev that might read this that it seems to be 4090-related.

Does anyone in this thread not have a 4090 and is experiencing this issue?

@h3llf1re2012 I saw that Youtube video, I was hoping there would be a fix... the HDR issues don't seem to be the same on consoles. It works at least for them, it's just not perfect. on PC for us it isn't even working, and it seems like so few of us are having the issue who knows how long it will take to be fixed :/

4090 and OLED TV (LG C1 but I don't believe it matters) here as well but I feel like it's not related to the card. It's not that there is odd behaviour or anything, the option just seems to not do anything.

I maxed the brightness in Game Optimizer mode in SDR and it's spectacular either way. Loaded up the XBOX Series S and, even though it has Dolby Vision and it might be slightly brighter in some places (more about the dynamics and diff in bright and dark, but subtle differences), the resolution detracts from the benefit that HDR could provide. And it's smooth, but it's not 100+ FPS smooth. I'll still take PC without HDR over console with HDR, but we shouldn't have to choose for a $90 game. Patch 1.04 didn't seem to fix it.

I did update the VBIOS on the card (which actually seemed to fix the very seldom frame drops I was getting, super buttery smooth now).

The gameplay experience is quite great, imo the best NFS in 10 years or more. Welcome back, Criterion. But please fix HDR on PC!

@WhatAboutMeBossThis does not work for me unfortunately. I see no difference when I leave with Alt+Tab, the game never switches or adjusts or anything regardless of what's happening otherwise. HDR is on, and YouTube is definitely playing in HDR (incredibly bright + switched from SDR to HDR on the video itself to check just in case). Nothing seems to ever change or adjust in game regardless. I also tried disabling my secondary (non-HDR) monitor, no difference. That did make a difference for Gears 5, and HDR works perfectly with just the one monitor active, but no impact for NFS UB. What is your hardware?

Having to do something like this every time would make me less excited to play once I finally get started. Hoping EA can fix this asap. It's strange because the reports of this issue are few and far between (probably much more attention on consoles) but it's a massive broken feature that really should be addressed. 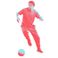 Some more info after further testing.

I was briefly able to get HDR in-game! I did this by having the TV as my only monitor. I then changed the colour settings to reference mode in NVCP, however I don't think that's what did it, I think it is the next thing.

After I changed that setting, the display blanked then came back much brighter than before. Usually, Windows will adjust SDR brightness down in HDR mode when you're on desktop or using regular apps. For some reason, this didn't happen (it usually gradually fades down in brightness). It was retina-searing and still bright, almost as if being locked/forced into HDR mode system-wide. I ran the game, turned HDR to auto, and it was much brighter and instantly noticeable vs. when it was off.

For that gaming session, it was HDR the whole time. I could even toggle it off then back on using Win+Alt+B and it would kick back and stay in glorious HDR (makes a great diff at night in the game).

Sadly, this was not repeatable. However, it seems that, if we could somehow force system-wide HDR (so, basically, make Win11 behave the exact way you usually do NOT want it to behave, and make it blast HDR on all parts of the desktop and Windows regardless of HDR content being played), we might be onto something here.

I have a feeling this is what @WhatAboutMeBoss stumbled upon and perhaps also why it's not repeatable (at least for me, and the YouTube trick as described also doesn't seem to work for me).

@WhatAboutMeBoss -- have you had success repeating this several times?