@Tereb Thanks for the workaround. Game started up with no issues. The GPU (gtx 870m) is definitely struggling a little bit but at this point I'll take it.

Hi, this has come up in another thread with quite a few of us having the same issue. It doesn't look like EA is going to fix the issue at all and Nvidia stopped supporting these GPUs last year.

But... Another user posted a workaround 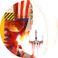 @Tukarjabi Best thing is to first vote for best report already made here on this issue OR, second, to individually open a thread on every dedicated channel. The more of us we are soon reacting, the quicker they fix.
Message 53 of 65 (343 Views)
Reply
0
Highlighted

We've investigated your reports. In most cases, based on examples provided to us  here, the cards listed by you are indeed below the minimum requirements. Specifically for mobile GPU's, they may not be as powerful as their desktop versions. For now, that means those cards will not be able to play Star Wars: Squadrons.

However, we've seen some cases where you've stated you are playing with the listed minimum required graphics card (GTX 660, or RX580), due to no driver updates being available. If you play on a minimum listed card could you please upload a > dxdiag <? We'd like to investigate those examples further.

First off thank you for the reply. I know many of us are not happy with this, but also understand to some degree.

That being said, it is completely unacceptable and misleading to represent the minimum requirements for this game in the way it has been done. At minimum, there should have been some differentiation between desktop VS mobile between different generations of GPUs.

On the note of performance, I personally am using an older but still reliable gtx 870m. While you stated that these older mobile GPUs are not supported due to being "below minimum requirements", it is truly a sad excuse. At minimum my mobile GPU is equivalent to the lowest acceptable desktop GPU, if not slightly better. In some cases that may be the case but clearly not always. Also, why is it the I can still play brand new AAA titles, albeit not necessarily at high settings but they still perform fine nonetheless, including FS2020 which I have absolutely no problems running which takes more resources than even Squadrons does. So this reasoning seems to be completely not true. And the best part is that I've been able to use a workaround to play Squadrons, and I have yet to have any issues regarding game play minus the very occasional stutter which have even plagued users on much better hardware. Native support, however, would be nice, including not including the driver check on launch, which is a very uncommon to begin with.

Any feedback or further reasoning would be appreciated.

Feels super gatekeeping to have a driver check, completely screws over the low-end gaming scene too. Those guys tweak game settings to get decent frame rates on AAA titles with integrated graphics.

@EA_Straatford Hello, thanks for answering. The DXdiag is enclosed. Many thanks for your investigation. (GTX 880M user, here)

So my choice is to either not move my laptop, or rollback drivers and not play a game that I paid for, and can run perfectly fine.
Are those current drivers really necessary?

@EA_Straatford please tell the devs of your games to stop checking for driver versions on startup! It's bad practice!

There have been so many problems with your games because of this driver version check before, not only for Hardware that doesn't have newer drivers available, but also when the video card manufacturer decided to change the driver versioning scheme, for example (it happened to both Nvidia and AMD drivers before over the years, I wouldn't be surprised if that happened again some time). Sometimes if people have multiple different GPUs in their system (Optimus laptops, for example, desktops that have multiple different card models - like an integrated GPU and a dedicated one, for example, people with older cards dedicated as PhysX cards, and more), the games will also refuse to launch because of the lowest common denominator.

Just let users play the game with any driver version instead (maybe give a warning that there may be issues when not on the latest driver, but let them launch and play "at their own risk" nonetheless), or at least add a flag to all such games such as -nodrivercheck to be able to bypass it if needed.

This 1000 times. At least add a launch flag to prevent the check