Game will not launch

Re: Game don't want to start/Crash at launch 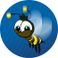 do you have a solution for the problem? i need it too much

Re: Game don't want to start/Crash at launch

I purchased the game on epic, then it automatically downloaded eaplay. Deleted that * app and reinstalled origin. If I click on the desktop shortcut then it just keeps opening epic or origin, then doing nothing. Tried everything on this forum and it only works 5% of the time. Ive had better success with closing origin and epic, then starting the game within nvidia experience. It somehow opens origin with a ‘3rd party app’ so I cannot use the store or shop but atleast my game launches.

Re: Need for speed unbound wont launch when click play

Had the same problem except through the EA app Restarting the computer fixed it for me.

Product: Need for Speed: Unbound
Platform:PC
Summarize your bug Crashes every time I launch
How often does the bug occur? Every time (100%)
Steps: How can we find the bug ourselves? Launching from steam/origin/ea all have same results = nadda
What happens when the bug occurs? after launching, client opens windowed, black screen, crashes.
What do you expect to see? The game I paid for

Ive tried everything i can find online. seems like 100s of others are having this issue. spoke to EA help and they were no help. Hoping a patch is coming soon to fix this.

Game will not launch

So, I have Pre-ordered NFS : Unbound Palace edition through epic games, when I go to install the game on Epic Games Launcher, it redirects me to EA app, which is fine (I think). It downloaded fine on the EA app and it shows that I have installed the full game as well as add-ons (palace edition). But when I launch the game, it will open up my epic games launcher again (which I think might be fine),  but when I wait or go back to my EA app it is in an infinitely long "launching game" screen. At first I went to live chat to see if they could resolve my issue, the advisor was helpful but my issue wasn't solved, after reinstalling the game, verifying files, reinstalling C++, Clearing launcher cache, reinstalling launcher, making sure my drivers are up to date and are clean installed, making sure my system is above minimum/recommended requirements, deleting certain files (PcDX12) restarting PC and basically doing every possible troubleshooting I could find on the internet. Nothing changed.

There is one issue that I saw on the forum by @Alameen25 that kind of has a small similarity to mine. We both have in common that we cancelled the preorder and then repurchased it to play.

For me, I originally pre-ordered the regular edition of NFS: Unbound. Then, later on cancelled it because I wanted to preorder the NFS: Unbound Palace Edition. I'm not sure this has anything to do with me being able to launch it, But I'd rather take a shot in the dark then no shot at all.

If someone has something they think I can try (that I maybe haven't tried already), I will either give it a shot or tell you that I've already done it. Hopefully someone at EA can fix this because I spent money and have been waiting for this game for 2 years just to not be able to play it.

Edit: I have tried launching on EA, Epic, Origin and even Geforce Experience and I've had no luck

Hey @EA_Atic, yep, I own it on Steam. It starts the EA app, and launches a black window that closes after a couple seconds; if I launch it from the EA app it does the same. There are no errors; it only closes.

Re: Game won't launch on PC

@syyvvv I'm having the same issue, we paid for the game and it doesn't work. However I didn't pre-order it. I literally bought it and installed it the way it guided me through and I get this exact same issue. Bought it on Epic Games Store, made me install EA Play, EA play launches Epic Games Launcher, game never runs.

and on top of that, in epic games launcher it says Install when I already did it through the EA app
Message 47 of 53 (286 Views)
Reply
0

not a worry GoglassG, No ones coming to assist you mate.

Re: Need for speed unbound wont launch when click play

@DeliriousRL Were you able to get in after the restart? If not, can you list the steps you tried already so that we don't double up?

Not sure if possible, but maybe run through Origin instead? The EA app is not what I would call the most stable.