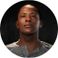 Just within the past week, I have begun having issues specifically with tw, tb, and ga battles. The game lags and animations and sound becomes jumpy, and then it crashes. One time it crashed right at the start of a battle. It's costing me critical points in all three modes. Twice I received an error message mentioning something about Google play services. I tried to do a screen capture, but was unsuccessful. I have gone so far as to completely reinstall the game to no avail. My phone is operating on Android version 7.0.

did this message come from SWGoH or Google (if it was from SWGoH the message would be in a blue box with white letters; if it is from Google it had to appear in a white or black box (depending on the mode))?

Without knowing the error-code/-message it’s difficult to help you. In the meantime until you can get a screenshot or video of the problem, please try this troubleshooting guide: https://answers.ea.com/t5/Technical-Issues/Star-Wars-Galaxy-of-Heroes-Basic-Troubleshooting-Guide/m-...


"[...] I received an error message mentioning something about Google play services [...]"

Have you already contacted Google? Their support team deals with Google play issues, therefore it may be that they can identify the error message and help you resolve the Problem.

Has a post answered your question? Accept it as solution.

Just had the game crash for the first time since my original post. This time thankfully during something unimportant, as I was doing one of the finalizer battles. Per your previous post, I will try to reach out to Google support. Was lucky enough to not only get the message, but screenshot it.