Feedback after my last FUT Champions

I lost the first one without making a shot. I was unable to approach the opponent's penalty area. The opponent's players were way faster than mine and he was able to intercept all my passes.

My players made always bad movements, in an offensive or defensive way. My football players were always late and I was unable to accomplish anything.

I was not competitive at all.

It was very shocking. I thought I'm so bad at playing? Then, I started a new match and I lost 11-1. My players were always late and dumb but at least I was able to score once. It was incredible. I felt very bad. I felt humiliated.

I started other three matches and even tho my players were always late and dumb I was playing better than the opponents but I was kicked-out from Ultimate Team three times in a row.

Most probably I was matched with cheaters. Or there was clearly server issues.

I tried Saturday 27 June afternoon and it was the same: gameplay slowdown or kick-outs. No win on 11 matches.

Then I wanted to try past Sunday at late night and it was incredible, my team seemed to be a super team, all my football players made the right offensive and defensive movements. My players made good interceptions, I was able to accomplish almost all passes, even the most difficult.

I easily won 6 matches in a row. Then I'm not so bad at playing.

Anyway, it is clear to me now that there are too many cheaters in FUT Champions and there are a lot of players that have an unfair advantage because of the servers.

In these conditions, it makes no sense to try to compete. 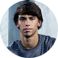 We and our friends have these problems too

We have been reporting for weeks, but no one is investigating

Today, 30 June 2020, at about 19:30 CEST, I tried to play some online friendlies and my best team, made up of players with an average of 90 overall, as always happens from late morning until evening, was not competitive at all.

My players were always late, they missed most of the passages, the opponent recovered the ball very easily, and my players intercepted anything.

The opponent's players looked like crazy splinters, which was very difficult to keep up with.

I played against a team of players all silver that seemed to be a super team and against which I could not be minimally competitive.

I do not think that in all friendlies there are cheaters, but rather I think there are problems with the servers, those who play closer to the servers are much more advantaged.

Today 1st July 2020 at 15:47 CEST in South-Italy, even after the servers update I cannot compete because my team is always slower than the opponent's team, even tho my players have a higher overall. My football players make the wrong movements and wrong passes.

Please add a server in Italy.

It seems that is possible to have a server in Milan and points of presence in Rome and Palermo: https://www.infrastructure.aws/