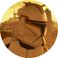 I've recently re-installed my pc related to other issues but now i wanted to re-install Dead Space 3 (including the dlc awakened). But i encountered a weird bug where Origin tells me there isn't enough space on my hardrive allthough there are over 400 gb left, wich is kinda * Heh. Even though Origin told me there wasn't enough space i could install DS3 without further issues but it won't let me install the DLC at All. I tried restarting the pc and also re-installing Origin using CCleaner to remove any files that were left behind afterwards, but to no prevail.
This is a pretty new bug for me that i never had before. I also already reported it by submitting a report. No answer yet.