Another day, still no response! 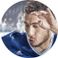 I had that too after I undervolted my card too much.

If EA / Nvidia do not fix the error this week I will try switching Mainboard, RAM and Processor. If that also fails I probably will skip Frostbite Games alltogether in the future.

Remember, less then 1% of Players probably have that error. Steam Reviews are very positive. If lots of players have this, it would be much more negative.

I still guess it is a problem between our System components, Driver and Frostbite Engine. 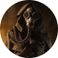 Hey everyone, I'm also having this bug since i installed it before the global release. tried all sorts of drivers, deleting files, setting steam launch options but nothing works. for me there doesn't seem to be a trigger like some ppl said about nitro or high speed, it just happens randomly after 30-60 mins in races, free roam and even tuning menus a few times. the best thing I found to work was installing the nvidia studio driver from nov 16, that allowed me to play in 2h intervals but eventually it still crashed. gonna try the controller firmware update too, but tbh after reading all the PC acting weird stories Im kind of afraid to push it further to not blow out my GPU or something

This isnt all it is though, its great you found one of the many combinations being affected by this issue that have already been addressed here a few times in this thread so not necessarily new, but there's plenty of people playing on regular 16:9 resolution still having the issue, this problem has nothing to do with resolution, so lets stop acting like thats the fix and try to focus on getting EA to give us some sort of resolution