You also can't edit the Rest of the World teams, and Free Agents. Lots of threads like this, all being ignored...

@SirCrowmarsh If PES had more leagues and licenses everyone from Career Mode Fifa would move over... but it doesnt. And a lot of people dont know how to add the mods etc. Some people like playing 4th tier EFL and trying to bring a team all the way to the PL. PES doesnt have that. Gameplay wise its very good. Unlike FIFA which still has major flaws in its AI defending and other areas such as corners and headers.

EA can't even get the handballs fixed in FIFA, its been going on for years now, so I cant image them getting anything else that's left on this list corrected before FIFA 21.

Its sad really, not much we can do about it. Football Manager is a great game. You cant control the players, but its still awesome to be able to mod it and get every tier of English football and start at the very very bottom and see how high you can get. You can pretty much download and play any league and download all the tiers in every country. I do not have the latest version, but I can tell you next year around this time if EA Doesnt get their act together I will be playing Football Manager more and more.
Message 772 of 795 (744 Views)
1

When editing a real player, it is unreasonable to return directly to the game menu when I finish editing.

Do you think I am right?

EA laughing at us, because they know all they need to do is release a 10-15 gameplay trailer of Fifa 21 and everybody gets hyped up and wait for the Pre Order 🤣🤦🏽‍♂️   . Let me honest here, if I was EA I wouldn’t care either. Why would I care when I know people still gonna buy it again next year ? 🤔. EA will forever stay this way until we take actions, PES get better or gente is a new company that can make a better game with more leagues and team fully license. Just facts.

Crossing Accomplishments have no effect in player career mode

Completing crossing accomplishments does not apply the +1 or + however many boost to the crossing stat in player career mode. None of them have any effect and the only way to raise your crossing is through training. This was a problem in FIFA 19 as well, so I don’t expect it to be patched since nobody at EA cares about testing career mode at all 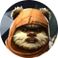 EA should have just sold us toilets instead. At least we would know what we are getting.

@HeyJeoo I hope many people like me won't buy FIFA21! Only to wait for it to be out there for half price. Meanwhile I hope the government changes that the FUT-packs count as gambling. So they lose on both fronts. So that EA knows that they'd better had putten more effort in the games the previous years.
Message 779 of 795 (859 Views)
1

I'm with you! Pledging NOT to buy Fifa 21 until the "Black Friday sale" or the "after Christmas sale". I need EA to feel my frustration when they don't hit their 3rd or 4th quarter sales predictions.  Imagine if more career mode players did this!