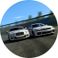 Was the financial takeover issue fixed?

Getting fired all of a sudden, because of a minor issue is not realistic at all. Additionally, I don't want to lose hours on a career which will end irrationally. I am not counting the fact that top teams are invincible at the moment.

Honestly I am yearning to play this game. I got a refund after the pathetic bugs of CM but I am still ready to buy it again. But not now, sorry.

Still need to fix the timing of matches in Career Mode. The setting to change the time of matches is currently locked so we can no longer choose what time of day we play at.

Another huge bug is not being able to turn off the setting for getting fired. There needs to be one because the game is STILL unrealistically firing coaches left and right for dumb stuff.

Here's a quote form a friend, "Just loaded up an old save. When they said some issues for getting fired too often had been fixed, they weren't talking about getting canned for resigning a player for too much. Until that gets fixed I'm not sure how playable career mode is. I tried to resign a youth squad generated player (has potential to be special) 72ovr, and got fired for "locker room being upset he has more money than other players." I even delegated to the renewal.

@FawnkyDonkeysThat's an 'old save'? Has he played with a new save? Is this on console or PC? I've played nearly 3 seasons on an 'old save' and have had no issues except the board bitching at me about not fulfilling the YOUTH requirement even though I did fulfill it.  And I am on PS4

One thing to note on delegating renewals. The system always puts in an amount that is way over what the player is worth. I always dial that down to the min is what the player is making now and then I put their min as my max, that seems to work thus far.

I think the youth system is still broken, but this situation of being fired for giving a youth player too much money is idiotic. This was not on fifa 19 that I am aware of, so this is something they changed or messed up. Maybe they want you to negotiate everything in their fancy new restaurant.

I saw the patch the other day and contacted ea to check that the pro career issue was resolved. Wade from eahelp on Twitter replies saying to start a new pro career as the patch should resolve this.

it hasn’t started a new one and immediately had 4 stars meaning that once two stars are gained you go back to zero with no way of getting them back.

wade told me to post it here so you can track it.

issue is on Xbox one

What about created players' height being capped at 6'2"?

Also, we cannot edit the marking/defensive awareness attribute for created or actual players.

When will these be fixed?

@sonofocelot2Just played the player then he comes to me and complain about not playing enough. Really? You just started a match and the QA after commented about your form and I complimented you and now you b1tch.... clearly communications with players isnt fixed and probably wont be, its been like this for years, players have no memories of what just happened 5 seconds ago. Disgraceful....  in 2 weeks in the game they will come back and say that's for playing me after I benched them for 2 weeks.

Product: FIFA 20
Platform:Microsoft XBOX One
What is your gamertag/PSN ID? Turnymontana
Which mode has this happened in? Career Mode
Which part of the mode? Career mode - player
How often does the bug occur? Every time (100%)
Steps: How can we find the bug ourselves? Play a couple games
What happens when the bug occurs? Lose all skillmove stars
What should be happening instead? Keep them

700 people are unable to play the mode,

because of one little * bugg