Re: Can't get help from live support swgoh

Re: Can't get help from live support swgoh 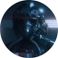 My issue was, that I play 2 accounts, alt tab between the two so I also do things in pairs, fleet battles, arenas, challenges etc. When GAC came out, I signed up with both accounts, same routine everytime, never missed one ever. I sign up, then check feats so there is no more red dot or marker on it so i know ive joined. Now my alt account is fine, but somehow my main account was unsigned. I asked support about the issue, also sent a screen shot and stated i'd cleared my cache, signed out and back in, restarted the program etc, all of that. I sent my ally code as well. Since then, over the course of about 5 days now, I've received one email per day per rep, several emails. Only 2 have appeared to have read what I wrote and saw the pics i sent. The rest have all asked me for the information I had already given. The 2 that seemed to have read up both told me to use the website to contact via live chat or phone, to which there is no option. Then today I get an email saying I should have opened a bug report. If it had been answered promptly, something may have been able to have been done so I could compete. Short of that I had even asked if it was possible to give me low end average rewards or even a rank 4 reward and just note the bug that had happened in case there is a future trend. Nothing but talking to brick walls. Just "sorry to hear you are having a problem, contact us at ea support" or whatever the web link is. I feel this could have been handled easily but has just been frustratingly escalated for no reason. I would really have much rather play the game or find a new one or watch a movie than deal with this. Times are stressful enough as is without these kinds of trival headaches :S